Matthew Wade just literally did a 'Michael Jackson move' at the MCG!

Wade came out to bat at the score of 144 and immediately faced Kiwi pacer Neil Wagner's barrage of bouncers. 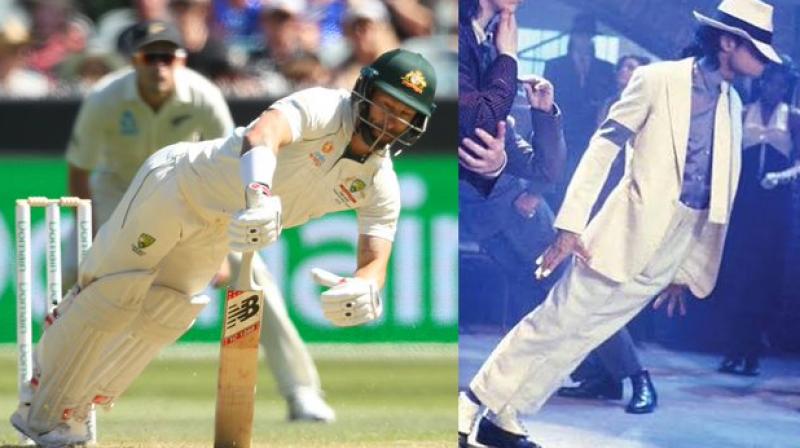 Wade came out to bat at the score of 144 and immediately faced Kiwi pacer Neil Wagner. The paceman delivered a barrage of bouncers to the middle-order batsman.

Tim Southee, Trent Boult also bothered Wade and during an incident in the match, the ball troubled the player so much, that he was sent into an uncomfortable position and ended up in an awkward position.

Cricket.com.au's official handle tweeted the video of Wade and made a collage alongside Michael Jackson. In the picture, there is an uncanny resemblance between Wade and Jackson's 'gravity-defying tilt'.

"Wadey, are you ok? Are you ok, Wadey? #AUSvNZ," cricket.com.au tweeted.

In the match, New Zealand won the toss and elected to bowl first at the MCG. Boult removed Australia opener, Joe Burns in the very first over.

However, Australia's Marnus Labushchagne and Steve Smith both ended up registering half-centuries.

While filing this report, Australia reached a score of 237/4.