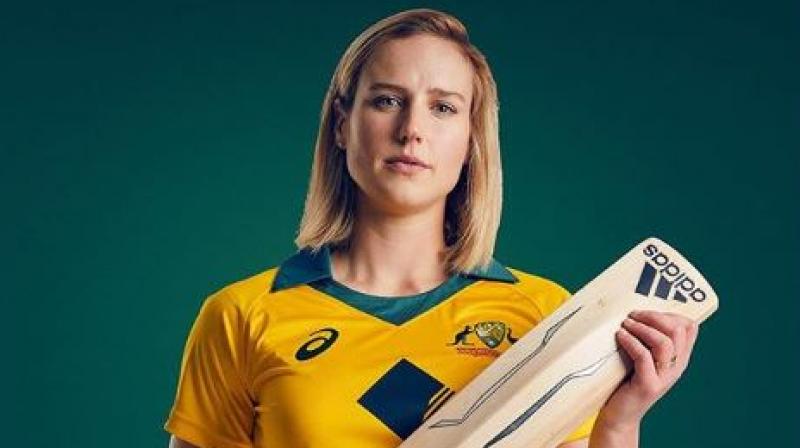 Australia's Ellyse Perry was named as one of the top cricketers this decade by Wisden and this accolade rightly sums up what the all-rounder has managed to do for women's cricket worldwide. (Photo: Ellyse PErry Instagram)

New Delhi: Australia's Ellyse Perry was named as one of the top cricketers this decade by Wisden and this accolade rightly sums up what the all-rounder has managed to do for women's cricket worldwide.

First, look at the numbers Perry has managed to achieve this decade as they are mind-boggling.

And in the longest format, she has played six Tests, in which she has scored 573 runs at an average of 114.60 and has managed to take 26 wickets.

Earlier this month, she was also awarded the Rachael Heyhoe-Flint Award for the ICC Women's Cricketer of the Year.

The now-famous cricketer has also played football for her country. The 29-year-old went on to make her cricket debut in 2007 as she played an ODI match against New Zealand.

She has a distinct accolade to her name, which not many can boast of. Perry is the youngest cricketer to represent Australia and is the first Australian to represent her country in both cricket and football world cups.

Just one year later, after making her ODI debut, she went on to play a Test game in 2008 against England. In her first Test, she managed to score just 27 runs and take three wickets.

A major turning point in Perry's career came in 2014. Before that period, she batted in the top-five just on five occasions. But the team management realised her potential and she was quickly escalated to the top-order in the side.

Before 2014, Perry was just averaging around 20s, but ever since making it to the top-order, she has managed to take her average to 72.55.

In this decade, Perry has managed to become the eighth highest run-scorer worldwide. Women's game is still deprived of Test matches, and only England/Australia are the ones to play the longest format frequently.

Women's Ashes is a regular feature in women's cricket calendar and Perry has managed to make the series her own. Across this decade, Perry has a Test average of 114.6. When it comes to bowling, the cricketer manages to take a wicket every time after bowling round about 17 balls.

One can understand the depravity of Test cricket in women's cricket by just this stat-- Perry has played just eight Tests across 11 years.

In 2015, Perry became only the third woman to score six ODI half-centuries. She is also the first player to complete 1,000 runs and take 100 wickets in the shortest format of the game.

Perry is currently the number one ranked all-rounder in the ICC Women's ODI rankings. In the batting ranking, she is placed at the fourth spot while in bowling, she sits in the third position.

In the T20I rankings, she is again the number one ranked all-rounder in the format.

As the next decade looms, Perry would hope that she somehow manages to take women's cricket to another level and with the women's T20 World Cup set to be played in her home country next year, she would look to set the world on fire.