The leg-spinner joined the side for preparation during the ongoing 2nd Test and will remain with them leading till the Sydney Test. 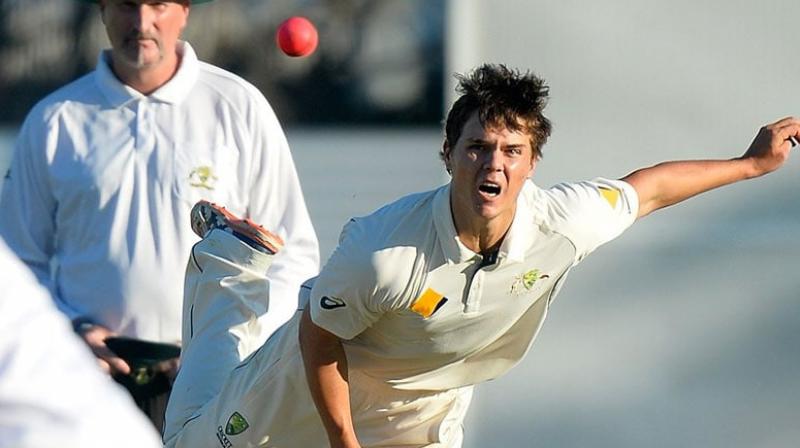 Australia Thursday added Queensland's Mitchell Swepson to their squad for the third and final Test against New Zealand in Sydney, raising the prospect of playing two specialist spinners. (Photo:Twitter)

Melbourne: Australia Thursday added Queensland's Mitchell Swepson to their squad for the third and final Test against New Zealand in Sydney, raising the prospect of playing two specialist spinners.

The 26-year-old leg-spinner joined the side for preparation during the ongoing second Test in Melbourne and will remain with them leading into the Sydney Test from January 3, where conditions often assist slow bowlers.

"Having Mitch in Sydney gives us the option to play two specialist spinners if the conditions demand," national selector Trevor Hohns said.

"We will make those assessments when we get to Sydney." If selected, he will join Nathan Lyon in a two-pronged spin attack.

Swepson, who has taken 12 wickets from six Sheffield Shield games at 26.58, was a member of Australia's Test squad for tours of India and Bangladesh in 2017.

He took two wickets on his international debut in a Twenty20 match against England at Edgbaston in 2018.

Hohns added that veteran paceman Peter Siddle, called up to the squad for Melbourne but not selected, had been released back to the Adelaide Strikers in the Big Bash League.

"Having Sids (Siddle) as the 13th man and his experience at the MCG has been invaluable," said Hohns.