Mohammed Shami had posted a picture of himself and his wife Hasin Jahan on Facebook. 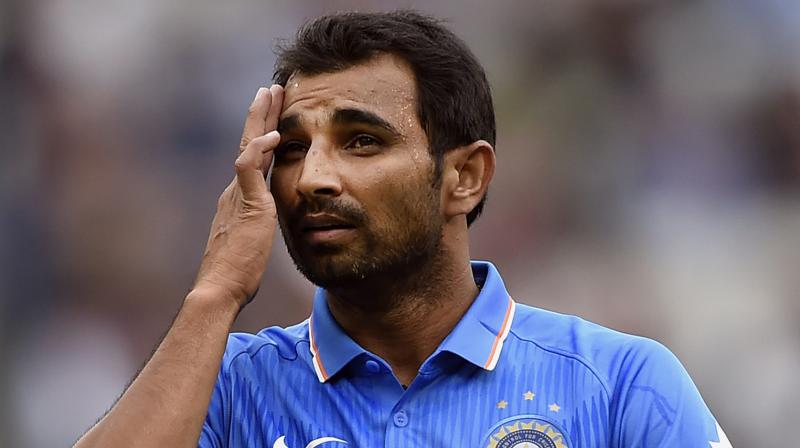 Mumbai: Indian pace bowler Mohammed Shami and his wife Hasin Jahan faced criticism on Facebook after Shami shared a picture of the two.

Shami and his wife were targeted as some of the people on the social media platform were not happy with Shami’s wife not wearing hijab. 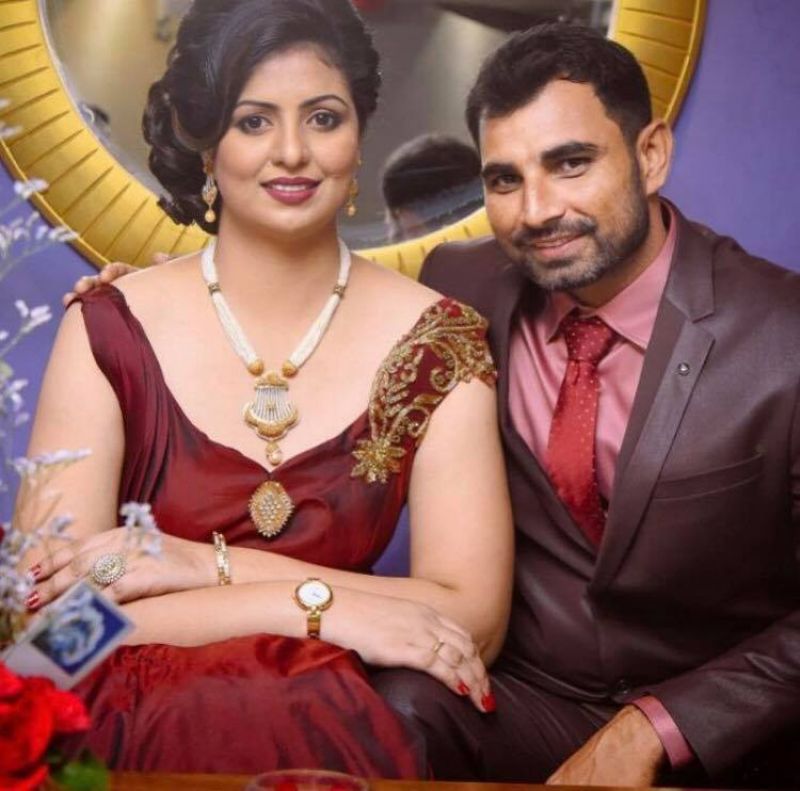 One of the comments read: “Sharm aani chahie shami, marna h ek din ye mat bhulo bibiyo ko kaise rakha jaye apne sathi cricker pathan brothar se sikho.” (“Shami, you should be ashamed. Don’t forget, you will die one day. You must learn from your fellow cricketers, Pathan brothers, that how one should treat their wives.”) 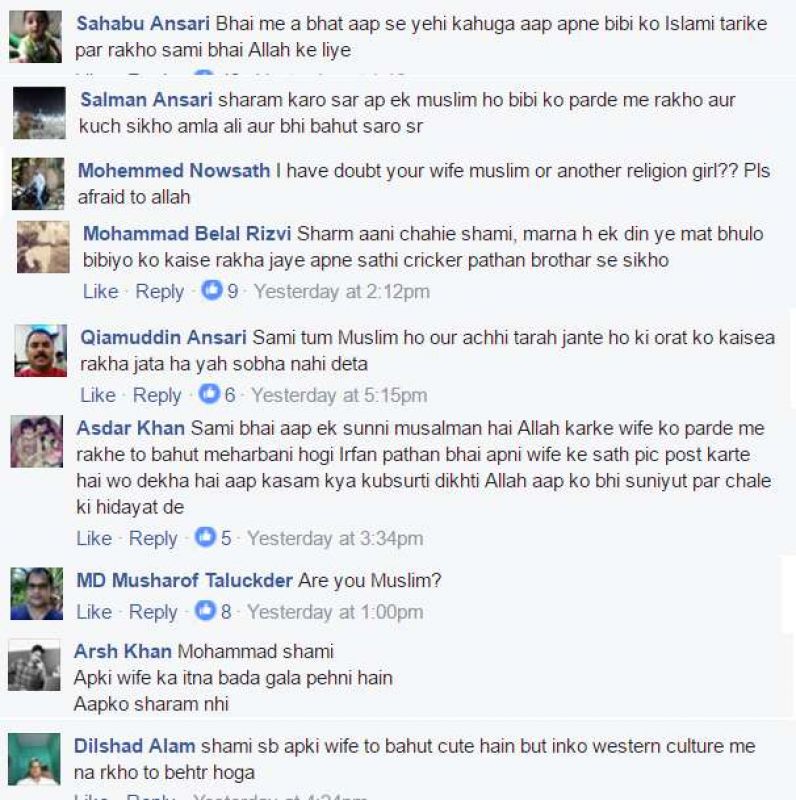 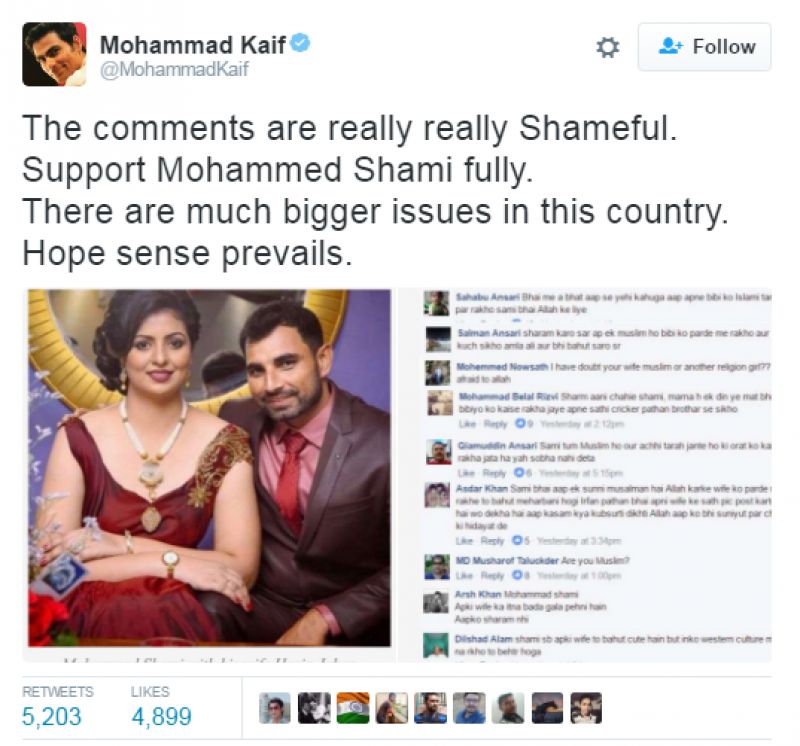 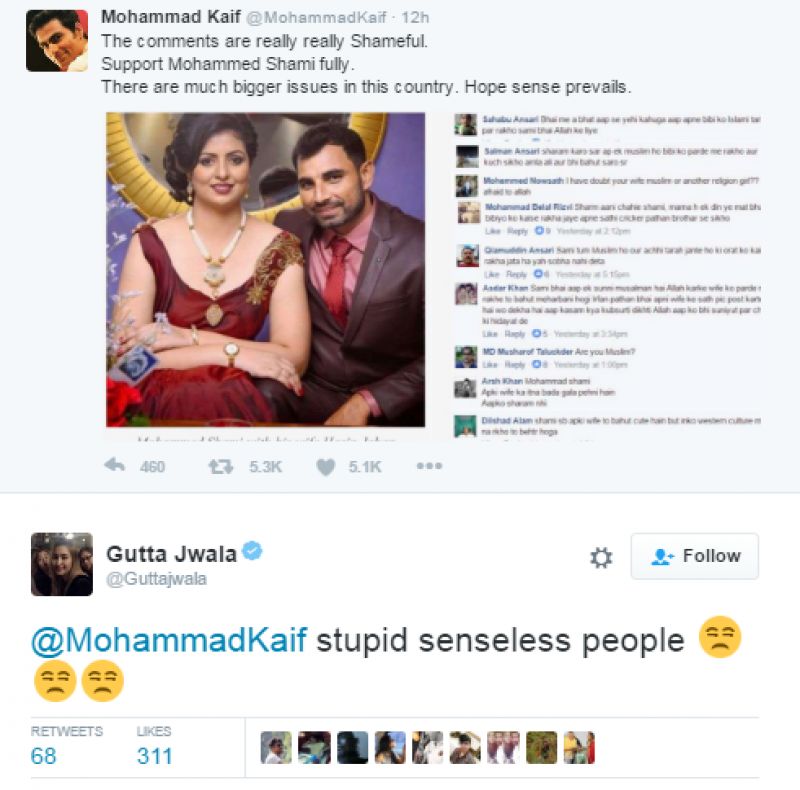 Shami, who was crucial in India’s 4-0 series win against England, was recently ruled out of the ODI and T20Is after he complained of sore knee during the Test series.