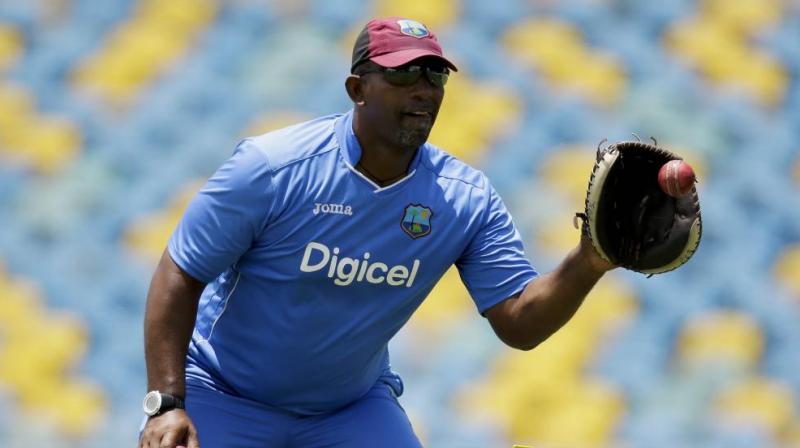 Phil Simmons also backed India skipper Virat Kohli's opinion of promoting the longest format of the game as much as the T20 cricket is promoted. (Photo: AP)

"I can't say how long ago, but when I first came here, you would have Madan Lal opening the bowling. Now you have guys bowling at 90 miles per hour opening and your premier fast bowler (Jasprit Bumrah) was injured for this Test, so you still have him to come back. It's exciting for world cricket," ESPN Cricinfo quoted Simmons as saying.

Indian fast bowlers were at their devastating best during their recent two-match Test series against Bangladesh. The pace attack which consists of Ishant Sharma, Mohammed Shami and Umesh Yadav picked 19 wickets in the second innings of the second Test match, with one Bangladeshi batsman being retired hurt.

To overpower Men in Blue, having proper fast bowlers and spinners is a must, according to Simmons.

"Teams know now that you have to play properly on both sides - you have to have proper fast bowlers and proper spinners to beat India. Fast bowling from anybody is exciting, so it's great to see that happen. Hopefully, we can get back our battery of young fast bowlers to the level where we're competing and giving people trouble," he said.

"I did watch the first day. It was exciting to see Eden Gardens full. It's an awesome sight," Simmons said.

Simmons also backed India skipper Virat Kohli's opinion of promoting the longest format of the game as much as the T20 cricket is promoted.

West Indies are scheduled to play a one-off Test match against Afghanistan, starting from November 27.