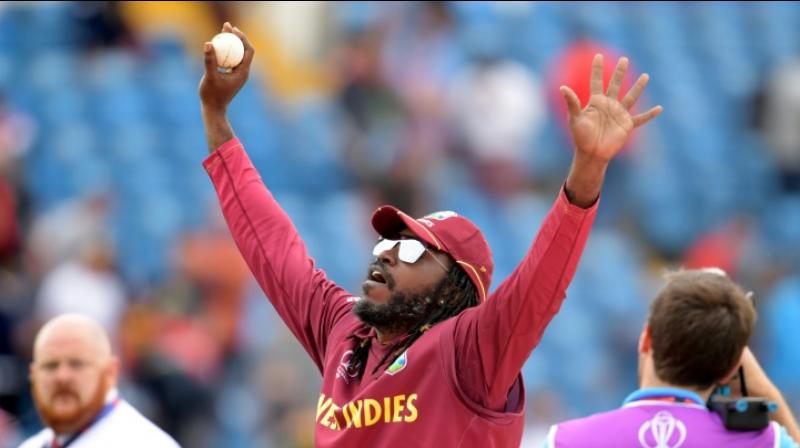 An in-form Chris Gayle is always in high demand in franchise cricket, but the marauding West Indies batsman feels he becomes a burden for his teams whenever he flops with the bat in private T20 leagues. (Photo:AFP)

Johannesburg: An in-form Chris Gayle is always in high demand in franchise cricket, but the marauding West Indies batsman feels he becomes a burden for his teams whenever he flops with the bat in private T20 leagues.

The 40-year old West Indies opener, who played for defending Jozi Stars in what was a disastrous MSL campaign for him, scored just 101 runs from six innings for his team.

"As soon as I don't perform for two or three games, then Chris Gayle is the burden for the team," he was quoted as saying by ESPNcricinfo.

"I am not talking for this team only. This is something I have analysed over the years playing franchise cricket. Chris Gayle is always a burden if I don't score runs, two, three, four times. It seems like that one particular individual is the burden for the team.

"And then you will hear bickering. I am not going to get respect. People don't remember what you have done for them. I don't get respect," he added.

Gayle had gone unsold twice in the 2018 IPL auction before being taken by Kings XI Punjab at his base price of Rs 2 crore. Standing at the twilight of his career, Gayle said he has now become used to the situation.

"Even from players as well, I am talking. Players, management, head of management, board members. Chris Gayle never gets respect. Once Chris Gayle fails, it's the end of his career, he is no good, he is the worst player and all these other things.