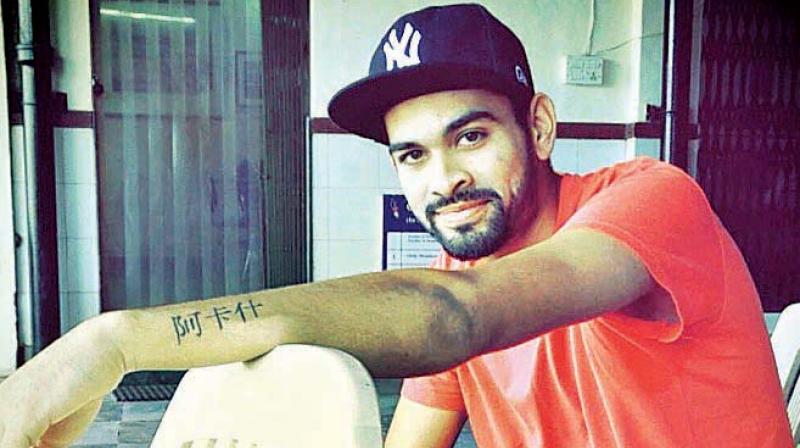 Akash Parkar bagged his maiden five-wicket haul to give Mumbai a rousing start to their last Group C match of the Ranji Trophy at Wankhede stadium on Saturday. The bowling all-rounder brought in as Abhishek Nayar’s replacement after the veteran Mumbai cricketer was dropped by selectors for the must-win game justified his selection by playing a major role in bowling out Tripura for 195 runs.

However, Mumbai had a disastrous start to their first innings, losing in-form batsman Prithvi Shaw (1) and Shreyas Iyer (1) with just 18 on the board. Shaw chopped on to an outside off delivery from Rana Datta while Iyer nicked one to wicket-keeper Smit Patel of medium pacer Manisankar Murasingh. Opener Jay Bista and Suryakumar Yadav did help Mumbai recover with a 50-run partnership but the latter gave it away again after looking good for his 35-ball 30. Mumbai were 77/3 at stumps on Day One as opener Bista was going strong on 43.

The day belonged to Parkar, as the 23-year-old rookie impressed with a great display of control, overshadowing seniors Dhawal Kulkarni and Shardul Thakur on the day. It was only his fourth first-class game after having debuted at the start of the season in Indore against Madhya Pradesh where he had a previous best of 4/70. He incidentally has bagged a fifer against Maharashtra at the same venue five years ago in the U-19 Cooch Behar Trophy.

“Wankhede is lucky for me. I took five wickets here in Cooch Behar and scored some runs here. There was movement initially later I was trying to cut the ball in and out,” said Parkar. “I was under no pressure to perform,” he added.

Parkar, who came as first change after Kulkarni, dismissed opener Samrat Singha and Udiyan Bose. The right-arm medium pacer was introduced in the 12th over as Tripura were decently placed at 55/2. Parkar struck in his first over to send opener Bishal Ghosh back to the pavilion with a beauty after he was batting aggressively with 32 runs in 37 balls, after having struck five boundaries.

Parkar then inflicted two telling blows on the visitors by removing their batting mainstays in Smit Patel (18) and Yashpal Singh (33). Patel was bowled as Parkar brought the ball in and Singh was caught behind by Aditya Tare.

Tripura skipper Manisankar Murasingh tried to counter attack with 62-ball 43 laced with seven boundaries but he became Parkar’s fourth victim as the medium pacer enticed from the left-hander an uppish drive straight to Suryakumar Yadav positioned at short extra cover. He had Rana Datta caught at second slip by Surya again through an outswinger. His hat-trick ball in his 15th over just went teasing over Abhijit Sarkar’s off stump but he had completed a deserved five-wicket haul.

The ninth wicket partnership produced a crucial 33 runs between Gurinder Singh (20) and Abhijit Sarkar (18) before left-arm spinner Karsh Kothari dismissed Gurinder in the first over after tea. The hosts had an injury scare as Thakur at mid-off landed badly after dropping Abhijit’s skier. Kulkarni wrapped up the innings by getting rid of Abhijit to finish with 3 for 67 and skittle out Tripura in 60.4 overs.