Australia required one wicket to win while Jack Leach and Ben Stokes were trying to save England from another defeat. 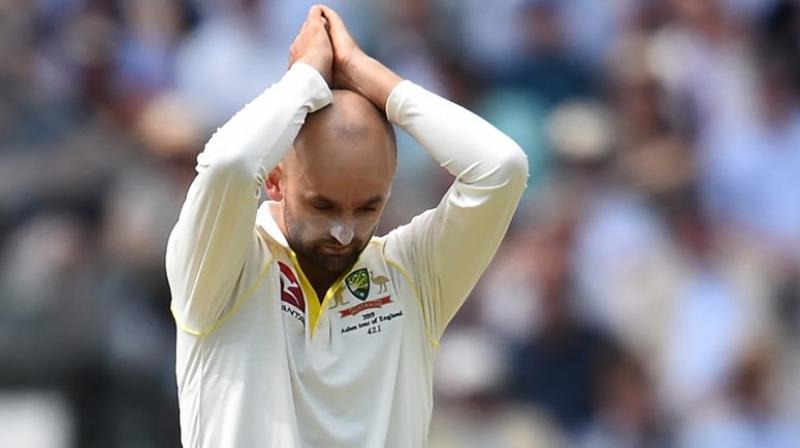 Australia would have retained the urn had Nathan Lyon not fumbled the return throw. (Photo:AFP)

Mumbai: Australia would have retained the urn had Nathan Lyon not fumbled the return throw. But, ultimately at the end, Nathan Lyon would be blaming himself for the blooper. Australia required one wicket to win while Jack Leach and Ben Stokes were trying to save England from another defeat. After Stokes played a reverse-sweep shot, Jack Leach ran straight towards the 28-year-old all-rounder.

Nathan Lyon fumbling the easiest of run out chances 😭

Time for Nathan Lyon to retire🏏🕷🤨

It was Nathan Lyon’s ‘@bowlologist’ moment. Instead it turned out to be his ‘@philtufnell’ moment. #Ashes pic.twitter.com/h7WIQuND6Y

Alright. Morning after the night (earlier morning) before.

Yes, there were stuff ups galore but I’m also proud of Lyon for having the composure to produce that ball straight after the missed run out.

Get around our boys & bring on the fourth Test!!

Way too positive so soon after the game Neroli... need a day of blaming the umpire, shaking our head in disbelief at wasting the the review and feeling a bit of empathy for Nathan Lyon..

What a match. What a man. Ben Stokes! This man is clearly going to end up being one of the greats of the game. Within a span of weeks to first produce that performance in the world cup final and today one of the greatest ashes victories ever. Amazing #Ashes2019

This match had everything! Test cricket is just the best! Feel for Nathan Lyon, but how do you describe that innings from Stokes after a great bowling performance - talk about a one man team!