Ashes 2019: 'Lyon will feel like he has let his team down', says Ricky Ponting

Ponting's remarks came after England's thrilling one-wicket win in the third Test at Headingley of the ongoing Ashes. 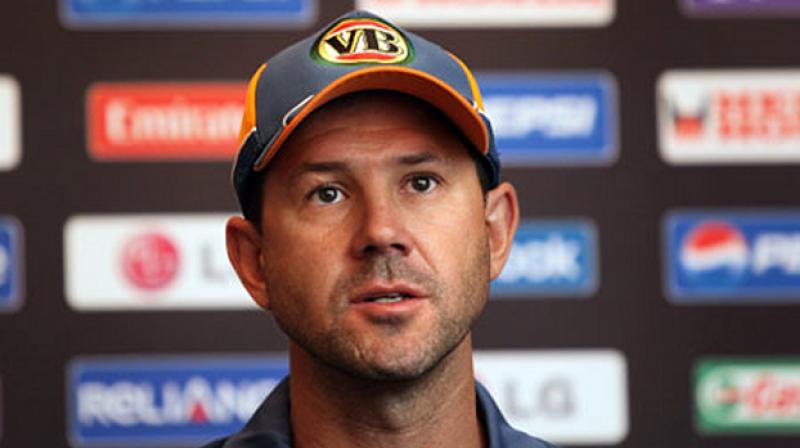 Melbourne: After Australia's spinner Nathan Lyon's failure to take the bails off at the bowler's end to dismiss tailender Jack Leach when England were just two runs away from the target, former cricketer Ricky Ponting said Lyon will feel like he has let his team down.

His remarks came after England's thrilling one-wicket win in the third Test at Headingley of the ongoing Ashes.

"He will feel terrible at the moment, he'll feel like he has let his team down. But that happens in the game. He's won so many games for Australia as well. He's got 350-odd Test wickets, so he's done lots right through his career," cricket.com.au quoted Ponting as saying.

"And we have all had moments like that where you have dropped a catch or missed a run-out or played a bad shot at the wrong time and you do feel bad about it for a while. But it is up to his mates to get him up. That is the bottom line," he added.

Chasing 359, England were nine wickets down with just two runs away from the target. Ben Stokes had played a reverse sweep off the bowling of Lyon and the ball had gone to Pat Cummins.

Non-striker Leach tried to take a run but Stokes sent the number eleven batsman back mid-pitch as Cummins threw the ball to Lyon at the bowler's end.

However, Lyon fumbled Cummins' throw to give Leach a reprieve.

Stokes played one of the finest knocks in Test cricket as he guided England to an improbable one-wicket win against Australia on the fourth day of the third Test at Headingley.

It was then Stokes who decided to play in an aggressive manner and he took on the Aussie bowlers, smashing them all around the park.

He found support in the number eleven batsman Jack Leach and the duo stitched together an unbeaten partnership of 76 runs, in which Leach only contributed 1 run from 17 balls.

Ponting hailed Stokes' innings, saying the knock played by the batsman was special.

"I have seen some great innings in the past and I have seen better batting than that when you think about classical Test match innings," Ponting said.

"But when you consider the situation of the game and where the series is at, with nine and down 70-odd to win and then just to put your foot down like that knowing it is all up to you and to keep your team in the series, it is pretty special," he added.

The ongoing Ashes is currently tied at 1-1 with still two Test matches left to play.

England and Australia will next lock horns in the fourth Test beginning from September 4 at Old Trafford.