‘Disheartened to miss out on triple’

“I am surprised with his dismissal. He has never been run out before,” the coach said. 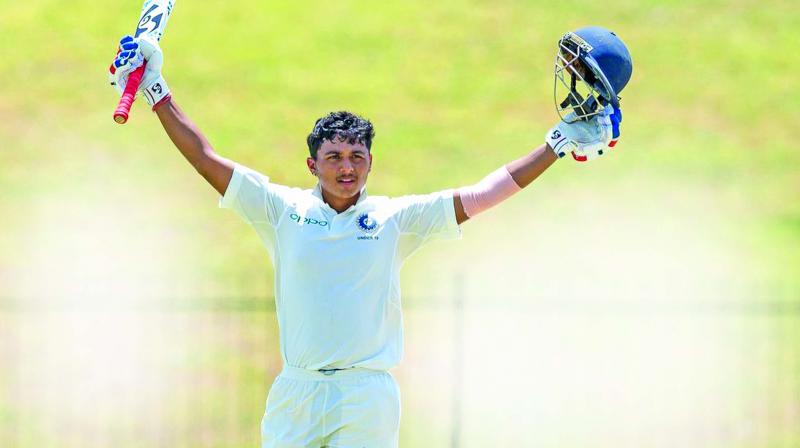 Mumbai: India U-19 batsman Pavan Shah, who scored 282 against Sri Lanka said it felt good but not satisfied yet.

“Six boundaries in a over went in flow of making a double century... It feels good, but I have to perform consistently,” said Pavan.

Pavan was a victim of a run out and the youngster blamed himself for the mix-up. “It was a wrong call from my side and I was disheartened to miss out an opportunity to score a triple hundred for my country,” he added.

“I have always dreamt of scoring a triple century for India. Maybe next time...” he said.

Pavan’s family in Pune were over the moon. “He looked all set to break the record (held by Australia’s Colin Peake (304 against India in 1995) but lost his patience and unfortunately was run out,” said Hukum Shah, Pavan’s father, said. Hukum is a motor operator in Pune.

“He was batting on his overnight score of 177 runs and honestly we never expected such a huge score from him,” he added.

Pavan, a student of Wadia College, trains at Dilip Vengsarkar’s Cricket Academy in Pune. Mohan Jadhav is his coach.

“I am surprised with his dismissal. He has never been run out before,” the coach said.

“He is a dashing batsman and has powerful front-foot strokes. His timing and quick reflections are appreciable,” Mohan added.