Pakistan's batting line-up lacked spark before the inclusion of Haris Sohail in the playing eleven. 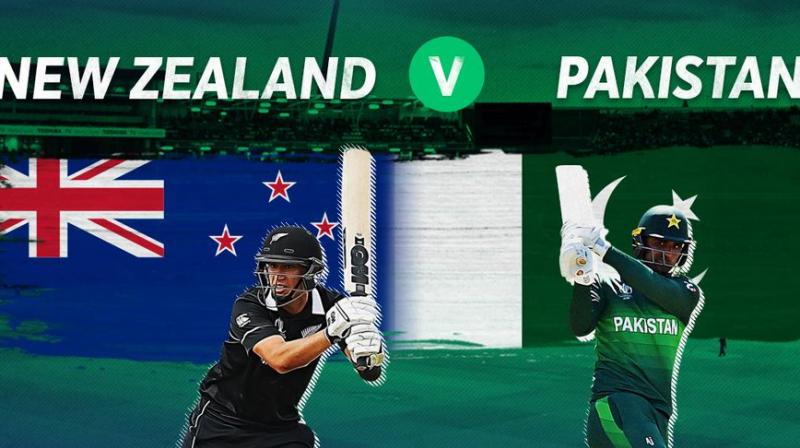 Mumbai: Pakistan will face the battle of survival against New Zealand, a team who is expected to storm into the semi-finals due to their impressive run in the World Cup 2019. Pakistan and New Zealand will lock horns at Edgbaston in conditions where pacers are likely to find some moment.

New Zealand, who are unbeaten in the mega-event have been relying on their skipper Kane Williamson to bail them out of trouble in the last two matches. Apart from Williamson, New Zealand all-rounders Mitchell Santner, Colin de Grandhomme and James Neesham have played match-winning roles at least once in the tournament.

Pakistan's main objective will be to dismiss skipper Kane Williamson early. Williamson has been in sublime form with the bat, scoring consecutive hundreds against South Africa and West Indies.

But New Zealand's forte has been their pace-trio of Trent Boult, Lockie Ferguson and Matt Henry. The Kiwis will be looking forward to continuing their winning momentum to knock Pakistan out of the tournament.

On the other hand, Pakistan will be looking to replicate their 1992 World Cup journey which has an uncanny resemblance with their current one. Pakistan's 1992 campaign opened with a loss to West Indies, followed by a win, followed by a washout. The team then lost twice but won their sixth game. Sarfaraz and Co are following the same route so far in World Cup 2019.

Pakistan will be relying on Mohammad Amir to disrupt New Zealand's batting line-up. Amir has gathered 15 wickets so far in the tournament, one more than New Zealand quick Lockie Ferguson. However, he has been a lone warrior for the team due to his consistency.

New Zealand all-rounder Mitchell Santner has also acknowledged Pakistan's bowling attack ahead of the match. “Their bowling attack, on the whole, is very good. They’ve got some very good seam bowlers as well as spin bowlers. We’re aware of their strengths, and I think Wahab (Riaz) back into their team is very good for them.” said Santner.

🇳🇿 "We have played Pakistan a lot recently, and we are aware of their strengths"
🇵🇰 "NZ have many match-winners in their side.

It will be a clash of two equipped bowling line-ups in which Pakistan will be hoping to be triumphant for their resurgence.

Pakistan's batting line-up lacked spark before the inclusion of Haris Sohail in the playing eleven. He was dropped after the first World Cup fixture, but made a strong comeback against South Africa, steering Pakistan to a challenging total of 308 with his 59-ball 89.

One more aspect that Pakistan needs to improve is the consistency of their batting line-up. Babar Azam, who has had a couple of good innings to his name has failed to post an innings of substance. Fakhar Zaman and Imam-ul-Haq have also been inefficient to convert their starts into big knocks.

Despite a topsy-turvy journey so far in the tournament, Pakistan have the ability to turn the tables in their favour.