The batsman’s coach explains the need for surgery and when he will start training. 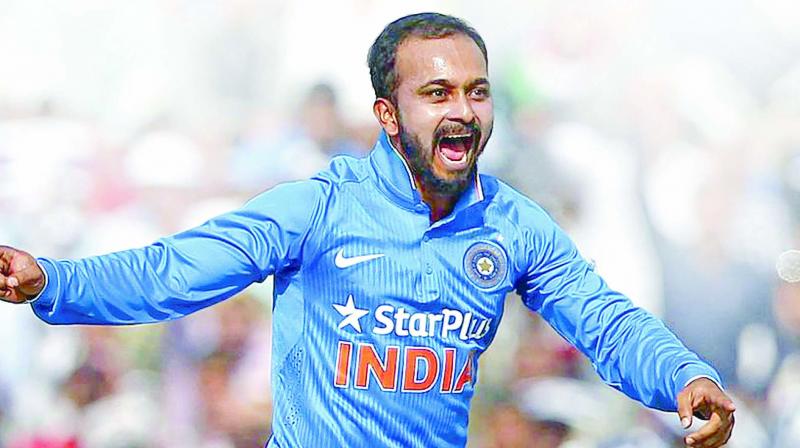 The beginning and the end of the Indian Premier League was indeed sweet for the Chennai Super Kings. They won their first game at Wankhede in a dramatic fashion and ended the league with domination. Apart from Shane Watson’s blistering knock, Kedar Jadhav played his part in kick-starting the championship campaign.

Unfortunately, for the diminutive batsman, it was the first and the last game as he limped off with a hamstring injury. He was retired hurt in that game against Mumbai Indians, but came back limping as there was no other batsman and ensured  his team a winning start. Later , scans revealed that he will need a surgery and will miss the whole tournament.

On Saturday, he revealed on Twitter that he is fighting back to get on the pitch. “After the surgery I was reluctant to post my updates, but now I realise, you all are my strength and my motivation which keeps me going forward. I am striving  and working hard on my fitness to start playing soon,” read his tweet.

His coach Surendra Bhave says that he will start training with Kedar soon. “It’s about when he feels right. It is a matter of time. It is also the monsoon time, but we have a couple of covered training facilities. Whenever he tell me, we will get going,” he says.

The damage was not just limited to IPL. He also missed the T20 India-England series that starts from June 3.

Bhave feels that the surgery was needed in order to eradicate the issue. “He told me many times that the injury is recurring. His hamstring snapped a couple of times. It was evident that it was bad and he needed a surgery,” says Bhave.

“That was a promising start. We saw he was playing well. I think injuries are part and parcel, but as long as he is able to bounce back, it is fine,” adds Maharashtra’s former opening batsman.

The duo shares a greater relationship than just of a teacher and student. Their conversations range from cricket analysis to bollywood movies. Bhave was inclined more towards technique than style which can certainly be seen in  Jadhav.

If everything pans out properly for Jadhav, he could return to play in the Asia Cup which is scheduled in September.