Team India still to work out No 4 spot, use of spinners 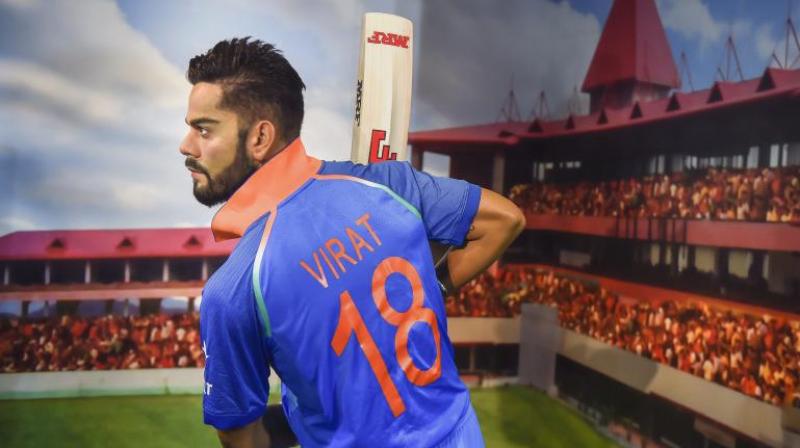 At the RPSG Indian Cricket Heroes awards function (held at Lord’s) that I attended a couple of days back, beneath the bonhomie, the undercurrent in the Indian team was about which 11 players will make the cut for the opening match of the World Cup on June 5.

There is still almost a fortnight before India play South Africa, but the composition of the side is still to be worked out, in two aspects particularly: who will take the no. 4 batting slot, and will the team include two spinners or just one.

This makes the two practice games (including against New Zealand being played as I write this) crucial. Some onerous decisions have to be made without adequate evidence perhaps of how the players have acclimatized.

The no. 4 spot — which has been a worrisome issue for over a year — is not as open and shut as was made out by chief selector M S K Parasad when the World Cup squad was picked.

Prasad had extolled the ‘3-D’ virtues of Vijay Shankar in naming him as an automatic choice for the position. But that optimism was diluted by Shankar’s lukewarm form with the bat in the IPL. Moreover, he hardly bowled in the league.

In contrast, K L Rahul showed excellent form and increased his chances of occupying that vital position. His inclusion —and Vijay Shankar’s absence though the warm up match allows 13 players — against New Zealand indicate this, though Shankar should get an opportunity in the second match.

Incidentally, Kedar Jadhav, who passed the fitness test just in time, is also not playing the match against New Zealand. It is likely he will miss the second practice game too — perhaps even the first match of the Cup — as a precaution.

This makes it even more important for Rahul, Shankar as also Dinesh Karthik to hit their stride immediately and give the team management a good idea of which two to pick from these three once the tournament starts.

The bowling complement is injury-free and with no major concerns of form, though Kohli and Shastri would breathe far more easily if Kuldeep Yadav —who had a poor IPL — settles in quickly, as he had done on the tour of England last year.

More than batting, picking the right combination of pacers and spinners in the playing XI is going to be trickier for the team management, and more so if Jadhav — who has been hugely effective as a part-time trundle — has to sit out a game or two. How the tournament will pan out has occupied the mind space of players, experts and critics. By common consensus, this promises to be the most ‘open’ World Cup ever. The league format, happily revived, should ensure this.

All 10 captains endorsed this view in the pre-tournament press conference. Despite what the ICC rankings suggest, the gap between teams is narrow. The biggest determinant between victory and defeat will be how players and teams handle pressure.

England start favourites, not only because of being no.1 ranked, but the quality of aggressive cricket they’ve played in the past 20-24 months. In fact, they’ve won 29 of their last 33 ODIs!

Their batting approach — all out attack — has sizzled and destroyed opposing bowlers, as they’ve run up or chased down massive scores with aplomb. In fact, a 500-plus total is being anticipated from them if the weather holds good and pitches play true.

However, Virat Kohli had an interesting take on the buzz around the 500 total. The Indian captain feels that as the tournament progresses, and even if the pitches are flat, 250-odd would also be defensible because of the severe competition and pressure on teams.

I would agree with this. Therefore, getting the right combination from the very beginning, with those on the bench readily interchangeable — is the challenge every team faces, not just India.

The recovery time between matches — especially where form is concerned — is brief, so players have to be in prime condition at all times, both physically and more so mentally.