'Pakistan can break their six-match losing streak in WC against India': Inzamam

Pakistan have never won against India in a World Cup match. 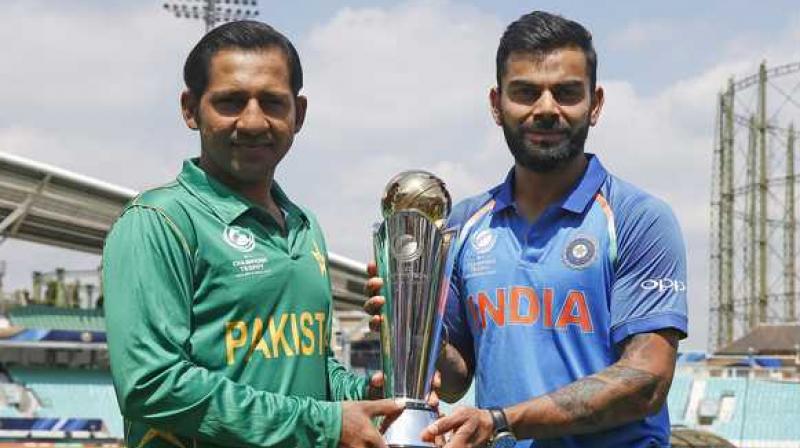 Pakistan go into the World Cup having suffered 10 successive ODI defeats and were also beaten by Afghanistan in the warm-up match of the World Cup. (Photo: AFP)

Karachi: Pakistan's chief selector Inzamam-ul-Haq is confident that the national team will break its six-match losing streak in the World Cup against India when it takes on the arch-rivals at the mega-event on June 16.

Pakistan have never won against India in a World Cup match but the former Test captain feels that they can post a breakthrough victory against the neighbours this time around when the two teams meet at Manchester next month.

"People take a Indo-Pak match very seriously and some even go on to say that 'we will be happy even if only we can win against India during the World Cup'," said Inzamam.

"I'm hopeful that we will end our losing streak against India in World Cup matches," he told a Pakistan Cricket website.

The veteran of 120 Tests, however, said that the World Cup is not just about the match against India, and "Pakistan have the potential to beat other sides as well".

Pakistan go into the World Cup having suffered 10 successive ODI defeats and were also beaten by Afghanistan in the warm-up match of the World Cup.

Inzamam, who is under-fire in recent times for making late changes in the World Cup squad, spoke about the difficulties of selecting national team and the pressure that comes with it.

"People think it is easy to jot down 14-15 players in order to form a squad but it's nothing like that because there is a lot of pressure. For example it was very difficult for us to select fast-bowlers for the World Cup because there were a lot of good names around including the likes of (Mohammad) Amir, Junaid (Khan) and (Usman Khan) Shinwari," said the 49-year-old.

Defending the selections of pacers Mohammad Hasnain and Wahab Riaz, Inzamam said: "Like I said before pace of Hasnain, who can touch 150 kph, would add a new dimension to our bowling attack because the rest of the bowlers penetrate only around the 130-140 kph mark."

On threat posed by minnows like Afghanistan during the upcoming tournament, Inzamam said no team should be taken lightly in the World Cup.

"I think we should not take any team lightly during the World Cup. Teams like Afghanistan can upset some of the bigger teams. Even if you play, for instance, against Afghanistan or England, you get the same value with two points."

He said it was important to get off to a good start in the World Cup.

"Getting off to a good start is important and I think our team has the ability to do that."

Inzamam included Pakistan along side England, India and New Zealand in his list of four semi-finalists.

"I think England, as they are the number one side in the world, India, because of the balance of their side, New Zealand, as they have played good cricket in the build up to the event, and of course Pakistan will be my final four," he said.