Mark Wood has been troubled by ankle injuries throughout his career. 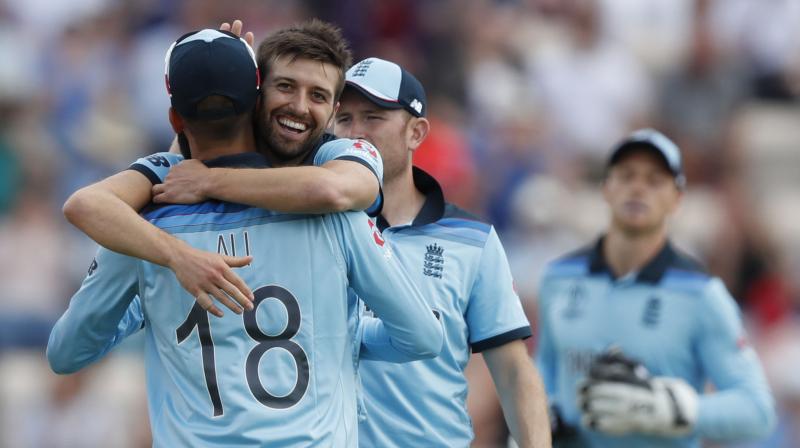 Wood dismissed Australian captain Aaron Finch for 14 in his third over before leaving the field in the middle of his fourth over. (Photo:AP)

Southampton: England suffered a scare as fast bowler Mark Wood walked off the field with a left foot discomfort against Australia during a World Cup warm-up match at the Ageas Bowl on Saturday.

"He will continue to spend some time with the medical team before a decision is made on whether he will return to the match," ICC quoted an England and Wales Cricket Board (ECB) statement.

Wood dismissed Australian captain Aaron Finch for 14 in his third over before leaving the field in the middle of his fourth over. The fast bowler has been troubled by ankle injuries throughout his career.

England will kick off its World Cup campaign against South Africa in the curtain raiser on May 30 at The Oval.