However, despite not being able to clinch another World Cup title, West Indies managed to bag the T20 World Cup back in 2016. 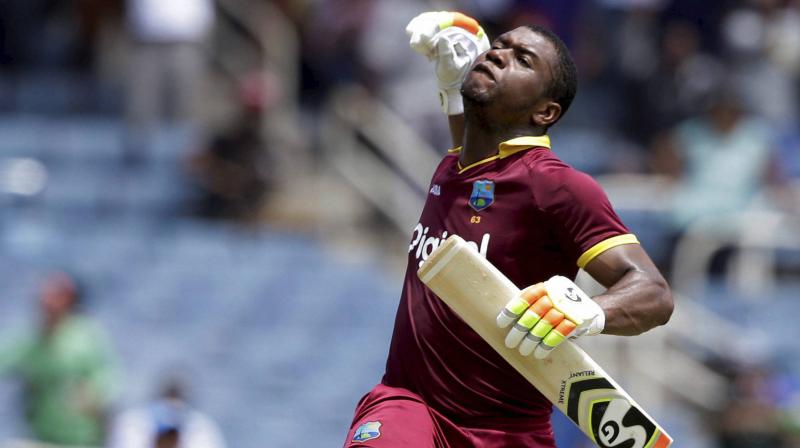 After winning the first two editions of ICC Men's Cricket World Cup (1975, 1979), West Indies have not been able to replicate a similar performance to register a third title to their name. (Photo: AP/PTI)

Dubai: After winning the first two editions of ICC Men's Cricket World Cup (1975, 1979), West Indies have not been able to replicate a similar performance to register a third title to their name. West Indies opener Evin Lewis is looking forward to playing in the premier tournament and is hopeful of his side getting 'over the line'.

However, despite not being able to clinch another World Cup title, West Indies managed to bag the T20 World Cup back in 2016.

"It's a dream. Everyone will be glad to be playing in the World Cup. When we won the T20 World Cup in 2016, it was a great feeling, just looking forward to the fifty-over World Cup this year. Hopefully, we can get over the line," ICC quoted Lewis as saying.

Also, Lewis is hoping for the best and wants to go out to play 'hard cricket' on the 'biggest stage'.

"The World Cup is the biggest stage. It's about being yourself, being relaxed, being comfortable, backing your ability. When you get the big score, make sure you carry the team as deep as possible. Get big scores, get double-hundreds if you can get it," he said.

"The conditions are pretty well, a bit chilly at times, but in terms of the wickets, pretty good. As I said, we're just looking to do our best in this tournament - go out and play hard cricket, go out and play the cricket we are known to play, and hope for the best," Lewis added.

However, presently they are placed on the eighth position in the ICC ODI team rankings. Moreover, West Indies faced three defeats at the hands of Bangladesh in the recently concluded tri-nation series hosted by Ireland. Bangladesh then went on to win the tri-nation series.

Therefore, it will be interesting to see whether they will be able to change their fortunes in this edition of the quadrennial tournament. West Indies will face South Africa and New Zealand on May 26 and May 28, respectively, for their two World Cup warm-up matches.

West Indies will compete with Pakistan for their first World Cup 2019 clash on May 31.