'When the team wins, you'll never find him anywhere prominently, but when the team loses, he's always right in front, taking responsibility' 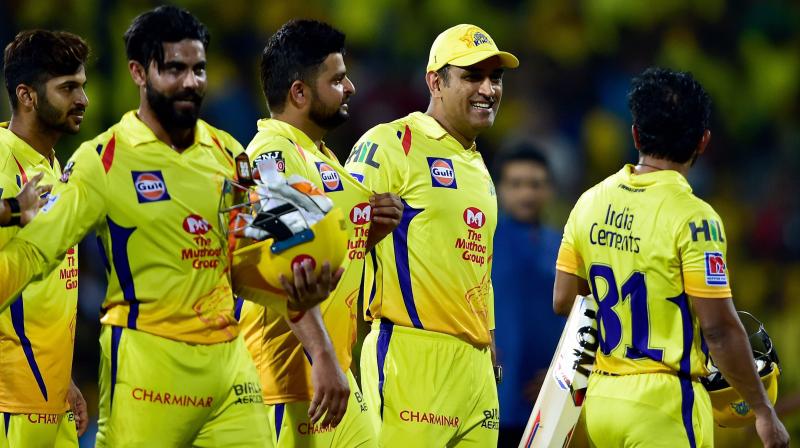 New Delhi: He has played most of his cricket under MS Dhoni and pacer Mohit Sharma says the revered former India skipper is a true leader who does not back off when it comes to taking responsibility in challenging times.

The 31-year old pacer has played under Dhoni both at Chennai Super Kings and the Indian time. He was to play for Delhi Capitals this season but the lockdown has postponed the league indefinitely.

"His humility and sense of gratitude is what sets him apart from other players I have played with. In sport, there's a difference between a captain and a leader -- I believe he's a true leader," Sharma said during an Instagram session organised by the Delhi franchise.

"When the team wins, you'll never find him anywhere prominently, but when the team loses, he's always right in front, taking responsibility -- that's the sign of a leader and why I admire him so much."

The coronavirus-forced lockdown has delayed his return to competitive cricket after a back surgery but Sharma says whenever the IPL is played, his side will be a strong contender for the title.

Sharma was out of action for about 10 months due to a back injury, which troubled him for two years.

"I finally decided to go under the knife, and after completing the rehab in the past three months, I was really looking forward to playing for the Delhi Capitals this season," he said.

"I think it is a huge opportunity for our team. We have a fantastic group of players with a very strong Indian core, and I believe our team has the right players in all departments who can help us in challenging for the trophy. So I feel our fans can expect huge things from the team."

Sharma said he was not sure if he would be able to return to competitive cricket because of the surgery and is now looking forward to learn a few things from Australian legend Ricky Ponting, who is the coach of Delhi franchise.

"I'm still excited to represent the franchise. I feel it's a young team with a solid Indian core, and I know most of the players here - like Shikhar Dhawan, Ishant Sharma, Amit Mishra, Harshal Patel - both on and off the field very well.

"It would also be a golden opportunity to work and learn from Ricky Ponting - all the players only have praises for him. I hope the team does exceedingly well when the IPL happens, and we can give the Delhi fans great joy," Sharma added.

On being asked about the speculation around legalising ball tampering, Sharma said, "It will be interesting to see what decision is made. Every bowler has their personal choices in this matter. I don't use a lot of saliva for shining the ball, in fact, these days umpires don't let bowlers use too much saliva.

"I would be okay with using sweat as well to shine the ball."

Sharma said he is training for five days in a week, with focus on recovery on the other two days.