'It's such a massive tournament for world cricket, so hopefully some of it can go ahead -- perhaps a shortened tournament' 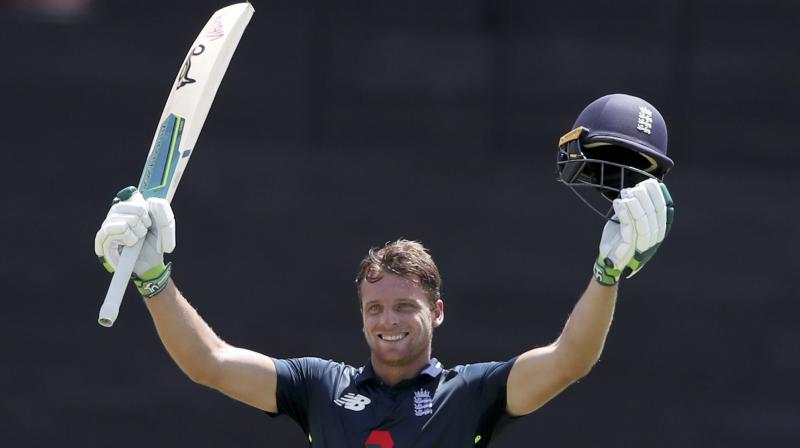 London: England wicketkeeper-batsman Jos Buttler is hoping for at least a curtailed IPL this season, aware that it would be difficult to conduct the "massive tournament" in the wake of COVID-19 pandemic.

The league was originally scheduled to start on March 29 in Mumbai but it was postponed to April 15 to contain the spread of the coronavirus, which has claimed more than 21,000 lives across the globe.

"No news at the moment. We saw, initially, that it was going to be postponed. It's very hard to see this changing in the immediate future, so I don't see that as a possibility at the moment," Buttler said in a Skysports podcast.

"Obviously, it's such a massive tournament for world cricket, so hopefully some of it can go ahead -- perhaps a shortened tournament."

Buttler also spoke about the duel between Jofra Archer and Steve Smith during the Ashes. Smith was forced to retire hurt after being struck on the side of the head by an Archer bouncer during the second Ashes Test at Lord's last year.

The Australian batsman was ruled out of the third Test after suffering concussion.

"That was Jofra's first Test -- he came with a lot of expectations (on him) but for a guy to produce a spell on debut like he did was quite incredible," said Buttler.

"Any time we see some of the best Test cricket, it's always with great fast bowling; Jofra -- a new kid on the block bowling extremely fast to the world's best batsman at Lord's in an Ashes Test."

"You could just feel that sense of anticipation every time he ran in and you could see the speedgun getting quicker and quicker. There was that sense of something happening -- incredible theatre and incredible drama," Buttler said.

"It was scary because (Smith) got hit on his neck or just beneath. People are very aware of what happened to Phillip Hughes, so there was huge worry for everyone."

Asked with whom he would least like to self-isolate with, Buttler quipped: "Ravi Ashwin, probably. It's actually a year ago since I got 'Mankaded' because I keep getting tweeted about it, saying 'stay safe, don't go outside' with those pictures of me."

Ashwin on Wednesday had cited the 2019 IPL's Mankading incident involving Buttler to urge people to stay indoor during coronavirus lockdown in the country.