Steve Smith sensationally admitted to ball-tampering during the third Test against South Africa. 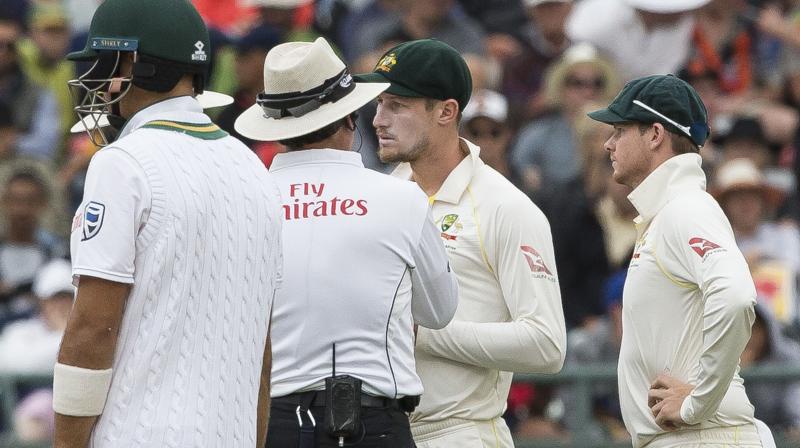 Cape Town: Australia cricket team is under immense pressure after captain Steve Smith and Cameron Bancroft sensationally admitted to ball-tampering during the third Test against South Africa on Saturday, which has left cricket world in shock. The admission came during the press conference on the third day of the third teat between South Africa and Australia.

Both Steve Smith and David Warner stepped aside form their respected designation for wicket-keeper Tim Paine to act as stand-in-skipper. Inspite of such a major issue, South Africa went onto beat Australia by 322 runs in the third Test of the series.

Bancroft during the press conference said  "We had a discussion during the break. On myself I saw an opportunity to use some yellow tape and the granules from the rough patches of the wicket to change the condition of the ball," said opening batsman Bancroft who is playing in his eighth Test.

"It didn't work, the umpires didn't change the ball. We have this yellow tape in our kit. The actual sticky stuff itself is very sticky so I felt it could be used to collect some stuff from the side of the pitch."

Bancroft was caught on television cameras appearing to rub a yellow object on the ball, and later said: "I was in the wrong place at the wrong time. I want to be here (in the press conference) because I want to be accountable for my actions."

The International Cricket Council on Sunday banned Australia captain Steve Smith for one match and fines 100 percent of his match fees.

Smith admitted that he had a big role to play in the whole incident.  "The leadership group knew about it. We spoke about it at lunch. I'm not proud of what happened. It's not in the spirit of the game," he said.

According to latest reports in ESPNCricinfo, Smith and his vice-captain David Warner are both facing life bans if the maximum penalty is applied under Cricket Australia's code of behaviour.

It is believed that after his investigation, Roy will then recommend the charges following which an independent commissioner will hold a hearing and decide the severity of the penalty.