That Indian players, often charged with being prima donnas, have been uncomplaining is impressive. 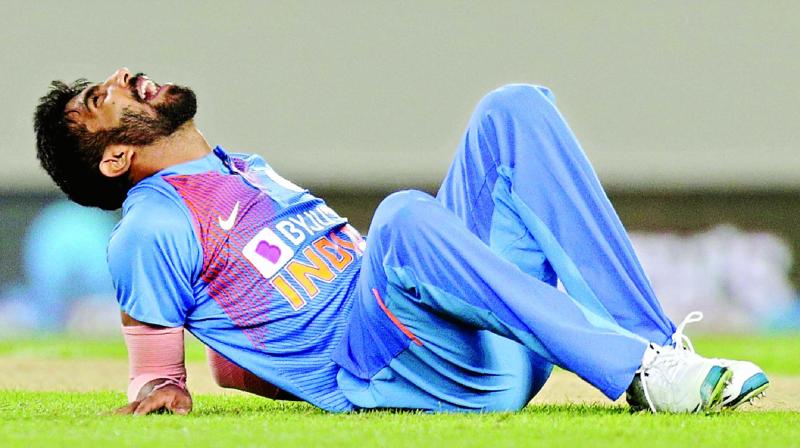 India’s victory in the first T20 match came only a couple of days after the team had landed in New Zealand. Jet lag could have been an important factor, but the Indian players made light of it.

Apart from Navdeep Saini, who was reportedly very groggy and unfit to play (if indeed he had to be in the primary list of the team management), the others looked sprightly in the field as if they had been in the country for weeks.

Skipper Virat Kohli, while taking a swipe at the scheduling of tours post-match, emphasised that jet lag and other such issues can’t become excuses for below par performances. Presumably, every member of the team is now conscious about this.

In the past mediocre performances in such circumstances would be rationalised and defended: By the administration, often by the media, but more damagingly by the players themselves who could find various reasons for not playing to potential.

Players from all over the world today have to ensure that their bodies and minds get attuned swiftly to extraordinary demands made by packed itineraries that now includes, apart from international fixtures and domestic cricket, also T20 leagues scattered the world over.

There is a case for administrators to reexamine whether such punishing schedules are good for the future of the game, but there is no case for players being namby-pamby. Either accept the workload and survive, or perish.

That Indian players, often charged with being prima donnas, have been uncomplaining is impressive. This must redound to the credit of Kohli and Shastri for making ‘match preparedness’ a non-negotiable issue at all times as dressing room culture, and the support staff for keeping players fit.

This mindset was reflected splendidly in the first match. Though chasing a 200-plus India’s sparkling, aggressive performance resulted in a convincing win and gaining a very important lead in the five-match T20 series.

It would be imprudent to believe, however, that it will be a cakewalk for India to win the series. The opening game was highly competitive and it must not be overlooked that New Zealand’s bowling missed experienced bowlers like Trent Boult.

In the ICC rankings, the two teams are neck-and-neck, with India at no. 5 just one place ahead of New Zealand. The Kiwis obviously know the conditions far better. In the remaining four matches they can put to serious test the talent, ambition and resilience of Indian players.

It’s also not as if India put up a flawless performance in the opening match. The fielding was mediocre. Perhaps jet lag came into play here, but if the team’s stated position is not to make excuses, vast improvement is needed: in ground fielding and particularly catching.

The bowling surely needs some tightening up, especially when conditions are heavily in favour of batting. This is where the better players raise the level of performance a notch or two. In the first match, barring Bumrah and spinners Chahal and Jadeja, India’s bowlers faltered.

It is unlikely that New Zealand will lose every time even after making 200-plus, so bowlers — and captain Kohli — have their task cut out out: particularly in the second match on Sunday to be played on the same ground as the first, with conditions likely to be the same too.

Their performances are significant because they had pertinence beyond the current series.

Iyer’s spectacular half century — which pulled India out of a mini crisis — has surely sealed his place in the middle order in T20s too. India need not experiment for this slot any further heading into the T20 World Championship in October this year.

In the short term, Rahul’s increasingly efficient glovework along with his explosive batting and sustained success in white ball will perhaps delight the Indian team management even more.

With Rahul as first choice wicket-keeper too, invaluable options open up in batting and bowling for the team management. Such development would unfortunately work against Rishabh Pant and Sanju Samson finding it easy to be part of the playing XI.

Which throws up an important lesson for the two young wicket-keepers as well as other aspirants to the Indian team: when you get the opportunity, don’t squander it.