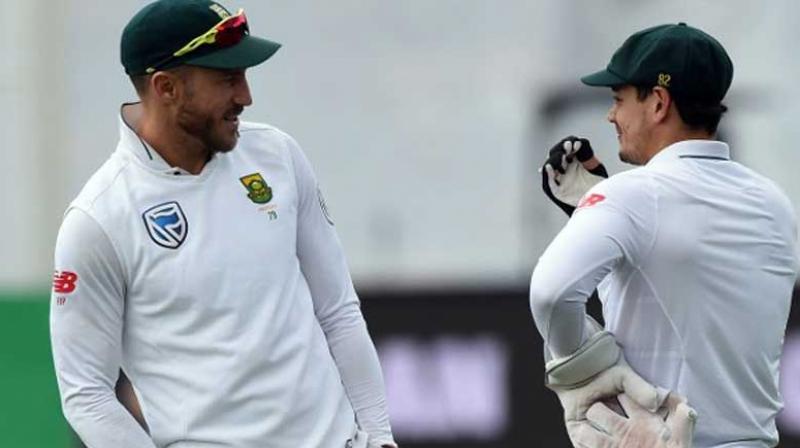 The overhaul of South Africa’s coaching structure has given the team a major boost as they get ready to take on England in a four-test series which begins on Thursday, captain Faf du Plessis said. (Photo:AFP)

PRETORIA: The overhaul of South Africa’s coaching structure has given the team a major boost as they get ready to take on England in a four-test series which begins on Thursday, captain Faf du Plessis said.

Former test captain Graeme Smith was appointed director of cricket, Mark Boucher coach and Jacques Kallis as batting consultant in the weeks leading up to the series after the side lost their last five tests.

“The last six months has felt like a lot of weight on my shoulders because I could see so many things happening off the field that weren’t right,” Du Plessis told reporters on Tuesday.

“That’s never an excuse for the cricket that we are playing but for me now it has been a breath of fresh air to have these guys back.

“Now you sit and ponder, ‘why have these guys not been here for the last 10 years?’ It’s so important to have people like that in an international dressing room and if you look around in international cricket, (other) teams have got that.

“I use the Australian cricket team as an example. When we played against them, they had (Justin) Langer, (Ricky) Ponting, (Steve) Waugh. Then you sit in our dressing room and go, ‘we need that, we want that’.

But even with experienced heads now to guide them, South Africa have modest ambitions in the short term, Du Plessis said.

“We are at an infant stage as a test team and the plan is to get back to No. 1 but that will take some time.

“We do need to mature, we’ve got a year and a half of the world test championship. The plan is get out there and play a little bit better every time we go out.”

Losing at home to Sri Lanka this year and then being trounced in India had knocked South Africa’s confidence.

“We definitely need to start well, there’s no doubt about it. We’ve been training very well and all the things that have been happening off the field have been good,” Du Plessis added.

“But we need to make sure we put our peg in the ground for this series and almost get the belief back through performances.”