Nice to have balance between new and old faces: Keshav Maharaj

The 29-year-old said that young players can learn from the experienced players about the game. 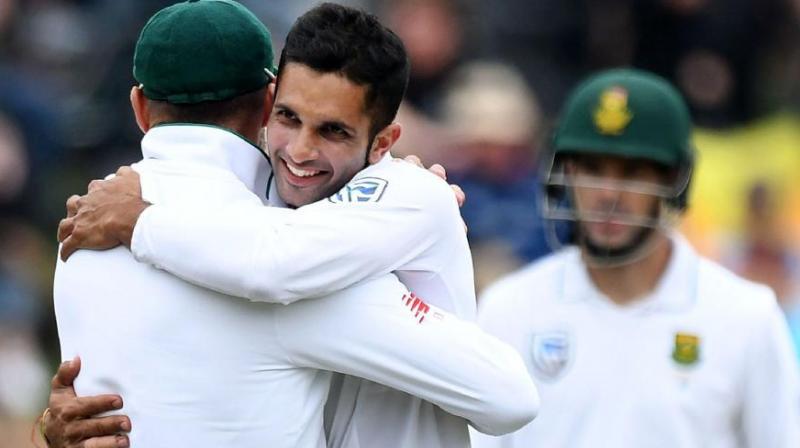 Ahead of the first Test against England, South Africa's Keshav Maharaj said that the South African side has a fine balance of young and experienced talent. (Photo:AFP)

Cape Town: Ahead of the first Test against England, South Africa's Keshav Maharaj said that the South African side has a fine balance of young and experienced talent.

"It's nice to have that balance between new and old faces," sports24.co.za quoted Maharaj as saying.

The 29-year-old said that young players can learn from the experienced players about the game.

"With the old experience guys, who know how to go around its business, it's good that we can feed and learn at the same time," he said.

The cricketers -- who are in line to make their debut -- are Beuran Hendricks, Dane Paterson, Dwaine Pretorius, Pieter Malan Rudi Second and Rassie van der Dussen.

Earlier, South Africa suffered a big blow after their lead pace bowler Lungi Ngidi was ruled out of the Test series.

Ngidi picked up an acute hamstring muscle injury during the warm-up in the ongoing Mzansi Super League.

South Africa will host England for four Tests, followed by three ODIs and as many T20Is.

The first Test will be played at Centurion from December 26. The ODI series against South Africa starts on February 4 in Cape Town.