Ben Stokes trains ahead of South Africa tests, but three players sit out

Stokes spent Tuesday at the bedside of father Ged, who was hospitalised the day before due to a 'serious illness'. 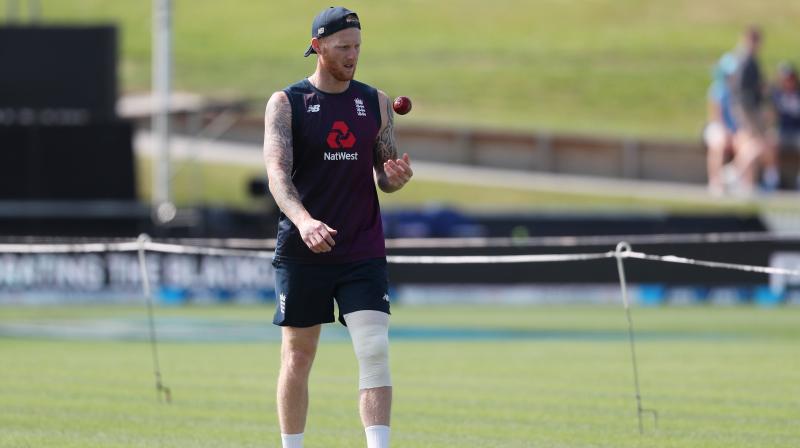 Ben Stokes returned to practice with England on Wednesday after the condition of his critically ill father improved. (Photo:Twitter)

PRETORIA: Ben Stokes returned to practice with England on Wednesday after the condition of his critically ill father improved, but three others missed out as illness continue to plague the tourists, 24 hours ahead of the first test against South Africa at Centurion.

Stokes spent Tuesday at the bedside of father Ged, who was hospitalised the day before due to a “serious illness”.

“He remains in intensive care, but has responded positively to treatment and is now in a stable condition,” the England and Wales Cricket Board (ECB) said in a statement.

“The Stokes family wishes to thank everyone for their support and in particular the medical practitioners in South Africa for their care of Ged.”

Christmas morning practice went ahead, however, without Jack Leach, Ollie Pope and Chris Woakes, who are battling the flu bug that has hampered the tourists since their arrival in South Africa 11 days ago.

But an ECB spokesman said none of the trio had been ruled out of the first test of the four-match series with South Africa, which starts in Centurion near Pretoria on Thursday.

But it will certainly delay England’s team selection for the opening test.

The flu bug hit England particularly hard soon after their arrival with pacemen Jofra Archer and Stuart Broad missing the two warm-up games and now racing to be fit to play on Thursday.

“It’s quite frustrating,” England skipper Joe Root said on Tuesday. “We have to handle it. We’ll have to wait and see. We’ll make a very late call on our side.”