Dhoni back in T20 squad for NZ series

Three T20Is means 11 international matches through the next one month,” a BCCI official said on conditions of anonymity. 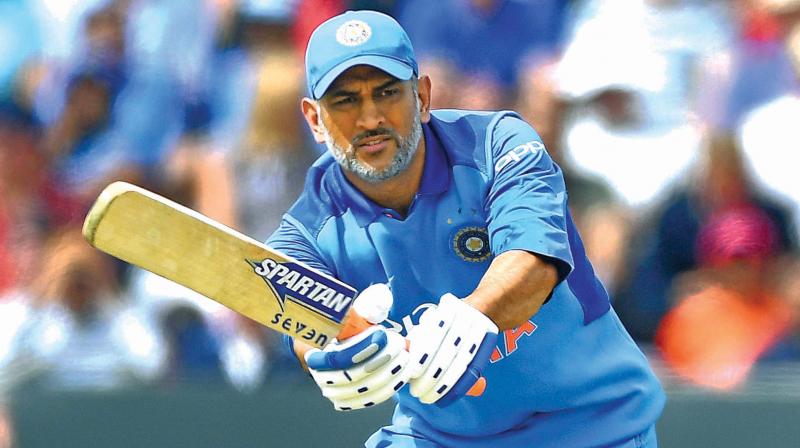 New Delhi: Mahendra Singh Dhoni was on Monday brought back to India’s T20 squad to ensure he gets “enough game-time” before the ODI World Cup but the young Rishabh Pant was axed from the 50-over side for the upcoming series against Australia and New Zealand.

While Dhoni’s inclusion in the shortest format came as a surprise after he was dropped for the Australia leg just last month, Pant’s omission is an indication that he is currently not in the team management’s 2019 World Cup radar as a first XI player.

The convenor of selection committee, Amitabh Chaudhary, refused to comment on the matter but a source privy to the development justified the 37-year-old Dhoni’s selection.

“Since there are only eight ODIs (three against Australia and five against New Zealand), selectors want to give MS as much game time as possible (before the World Cup). Three T20Is means 11 international matches through the next one month,” a BCCI official said on conditions of anonymity.

Pant, on the other hand, will come back to play five ODIs against England Lions in India from January 23. The 15-member squad for the twin ODI series against Australia (starting January 12) and New Zealand (starting January 23) is pretty much the core team for the World Cup in England that starts May 30.

The three T20 Internationals against the Kiwis are lined up from February 6. The selection committee’s decision to bring back Dhoni is set to raise a few eyebrows as the logic given before the Australia T20s was that he was not going to be in the scheme of things for the T20 World Cup in Australia in 2020.

The former captain is already retired from the Test format. “That’s the reason Rishabh is a part of T20 squad. Also now with Kedar (Jadhav) and Hardik (Pandya) are fit and Kedar being an off break bowler, it will be difficult for the team management to fit in Rishabh in playing XI in the World Cup unless someone gets injured. Already Dinesh Karthik and KL Rahul are there in case MS gets injured,” he added.

Interestingly, skipper Virat Kohli, when asked about Dhoni’s T20 omission in November, had stated that the veteran had offered to give up the format so that Pant could be groomed for the job. “...he (Dhoni) just feels that in the T20 format, someone like Rishabh can get more chances,” Kohli had said last month.

From the last T20 squad, Shreyas Iyer and Manish Pandey have been dropped as Hardik expectedly made a comeback and Kedar was also included to give him more game time. The squad is also an indicator that till the World Cup, all doors are closed for Test vice-captain Ajinkya Rahane and premier spinner R. Ashwin.