During the five-Test matches, the 32-year-old Australian cricketer managed to score just 278 runs at an average of 27.80. 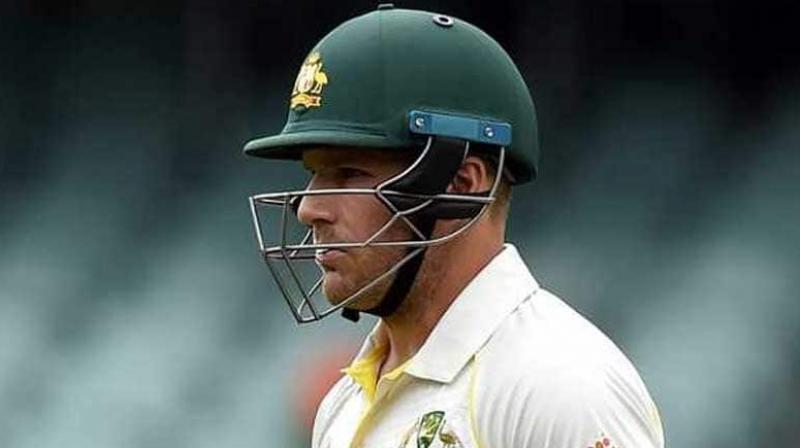 Mumbai: After witnessing a successful 2019 World Cup stint with Australia, the limited-overs Aussie captain, Aaron Finch has once again expressed his desire to represent his nation in the longest format of the game.

During the 2019 World Cup, Aaron Finch amassed 507 runs with an impressive average of 50.70. Finch, who last played for Australia in Tests, was last seen playing Tests in 2018.

After witnessing an unsuccessful campaign with national team last summer, Australia’s ODI and T20I captain, has expressed his desire to give one more shot to Test cricket.

Finch was included in Australia’s Test squad during last October for a two-match Test series against Pakistan in UAE and for the three-match Border-Gavaskar Test series 2019-18 against India.

During the five-Test matches, the 32-year-old Australian cricketer managed to score just 278 runs at an average of 27.80, including two 50s and following that he was dropped for the Boxing Day Test against India due to his rough patch.

During an interview with the SEN radio station, Finch stated, “For me personally, it’s about probably having one really good crack at trying to get back to the Test team again. The young guys who came in and did well throughout the back half of last summer did a really good job.”

“I still think that I’ve got one really good crack at it left in me. Obviously [I’ll] just try and get some runs, get some big runs there. That’s my plan,” Finch said.

“I think, the young kids who have come in a taken their opportunities, Kurtis Patterson and Travis Head, these guys have come in and done reasonably well when they’ve played. Kurtis got a hundred in the last Test that he played.

“Will Pucovski and that whole crop of young batters who are coming through are so talented, so I think I’ve got one more push in it for myself.”

“If it doesn’t happen then it doesn’t happen. I’m comfortable with that. It will be nice to play a few Shield games in a row to be fair. It’s been a while since I’ve played more than one in a row.”

In the entire five Tests he has played, Finch played as an opener, but his status of opening the batting for Victoria is still up for grabs.

“We haven’t spoken about that just yet,” Finch stated. “There are lot of quality players in Victoria at the moment so getting a game might be the first start. I think middle order will probably be my preferred spot."

"I know doing the opening duties last summer was one of first times I’d really done it in the longer format but you take any opportunity you can when you play for Australia.”