Not a part of the probables list initially, Ranjane’s name is now in the 17-man squad for the Vizzy trophy. 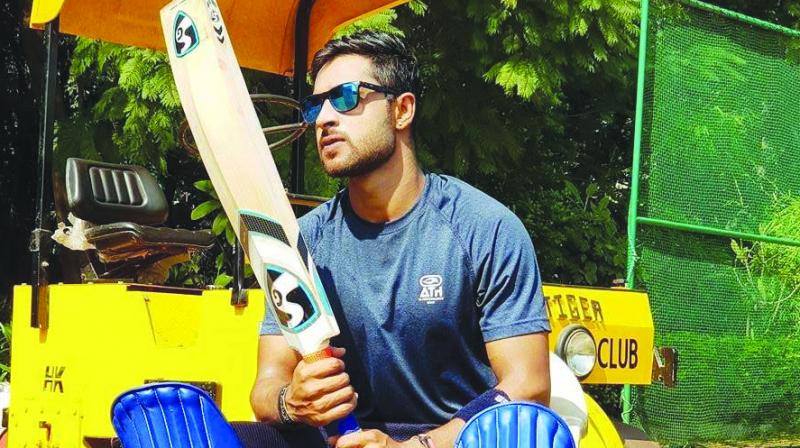 A month ago when the probables list for Mumbai’s domestic season had released, it had 27 names and Shubham Ranjane’s name was missing. The fact that a batsman who scored over 2000 runs in the club circuit was snubbed by the selectors raised many eyebrows.

He’s not just an ordinary lad. The batsman moved from Pune to Mumbai  couple of years ago to play for 41-time Ranji Trophy winners. He waited for a two-year cooling off period after his move here. His acts in club cricket for DY Patil have been exciting with long knocks adding humongous totals to his account.

A couple of weeks ago, the selectors added seven more players to the probables list and Shubham’s name was on top of that. Later he would go on to be a part of 17-man squad, the squad that will play in the Vizzy Trophy in Vishakhapatnam and Vzianagaram from August 30.

In a squad that misses team’s vital batsmen in the likes of Surykumar Yadav, Siddesh Lad, Prithvi Shaw, and Shreyas Iyer, he can take up the responsibility on his capable shoulders. Shubham believes that the squad is not untested. “There are young players but you cannot say that they don’t have experience. Jay (Bista), Akash (Parkar), Vijay (Gohil), they have played enough in Ranji to know the game,” he says.

From what we saw last year, doubts can be raised on the smallest of facets of the squad. It is not usual for Mumbai especially in cricket to be cancelled out so easily like the 2017/18 season. The miserable season includes getting eliminated in the Ranji Trophy and Vijay Hazare Trophy in quarter-finals.

Shubham still trusts the philosophy for which he packed his bags from Pune that Mumbai is a cricketing superpower that can always bounce back from its lows. “Mumbai is the most competitive team is what I know. I have seen the team bounce back every time and I think this time we will do the same,” he says.

While talking about not getting selected initially, Shubham never has a negative response. “I had no grudges. Our job is to play with the bat and ball while the selector’s job is to note that. It is up to them if they wanted me then or they want me now. Since three months, I have been training hard and now it’s the time to deliver,” gives out that the 24-year old is certain.

The 2000 plus runs feat from last season made him a noticeable talent in the circuit. Shubham sets an aim before every season to at least get 1000 runs. “Even if I play Ranji this year, it will be my aim (to get over 1000 runs).”

The third gen
The Ranjane family has been the one of cricket enthusiasts. Not just people who watch cricket but also the ones who have played at the highest levels.

His grandfather, Vasant Ranjane represented India and Maharashtra. He wore the Indian cap for seven test matches from 1958 to 1964 as a fast bowler. The same DNA went on to Shubham’s father Subhash Ranjane, who played 18 years for Maharashtra. Even he was a pacer.

Similarly, Shubham was originally a bowler but once he started training at Cadence Academy in Pune with Surendra Bhave, he picked up the batting part.

With senior players of the team missing, Shubham could very easily make a name in the Vizzy Trophy that starts next week. His dream will only get bigger.