ICC CWC'19: 'We missed a couple of catches and gave some extra runs': Gulbadin Naib

Naib's men were guilty of a series of errors- - dropping catches and committing careless misfields -- as Bangladesh scored 262-7. 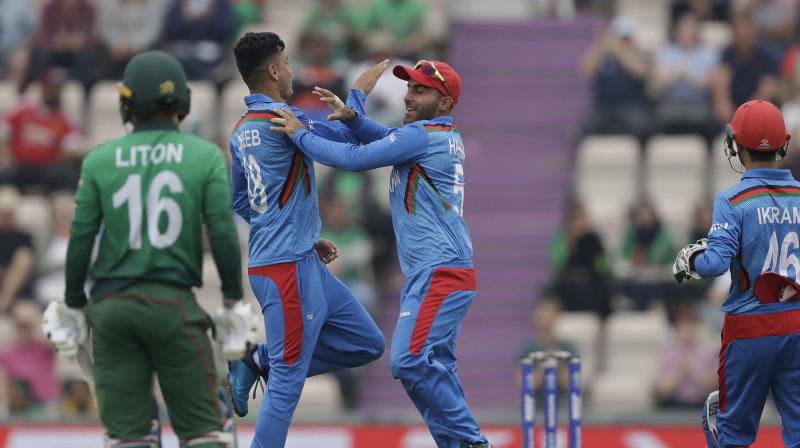 Those blunders were worth an extra 35 runs according to the disgruntled Naib, who defended his decision to bowl first after winning the toss. (Photo:AP/PTI)

Naib's men were guilty of a series of errors- - dropping catches and committing careless misfields -- as Bangladesh scored 262-7 in Southampton.

Those blunders were worth an extra 35 runs according to the disgruntled Naib, who defended his decision to bowl first after winning the toss.

"I'm happy with the toss, but if you look at the match, we missed a couple of catches and gave some extra runs," he told reporters.

"We gave away 30, 35 runs. Because of mis-fielding we missed the opportunity again.

"Again, we didn't bowl in the right area in first 10 overs, and they scored like 50-something."

Afghanistan slipped to 200 all out despite Naib's 47 in a lacklustre run-chase that suggested they would have been better off batting first.

Asked if it was a realistic target to chase, Naib saluted man-of-the-match Shakib Al Hasan -- who took five wickets and scored 51, saying: "If you look for the wicket, it's chasable.

"But praise goes to Shakib. He bowled really well. He's the world number one all-rounder.

"He has a lot of experience, so he took time on the wicket when he batted. Also, he bowled really well, according to the plan." Naib was also frustrated by the bowling and fielding of star leg-spinner Rashid Khan.

Rashid has endured a disappointing World Cup, conceding the most runs in the tournament's history against England and failing to sparkle against Bangladesh.

"He's giving his 100 percent, but if you look for the fielding side, I'm a little disappointed," Naib said.

"He's also disappointed about the fielding. One time he's very angry in the field.

"I asked him just keep relaxed and just focus on your bowling. So I think he missed his momentum there because of fielding."