The similarity between the results of 2019’s Pakistan fixtures and those from 1992 are nothing short of shocking. 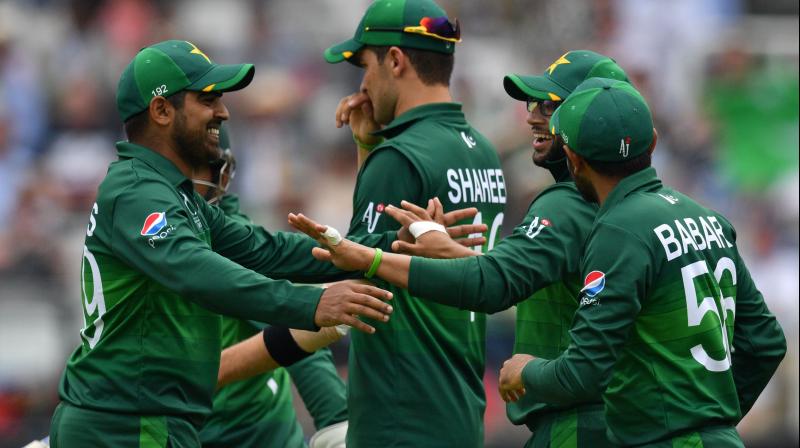 Pakistan even started their comeback by beating South Africa by excatly 48 runs in both tournaments. (Photo: AFP)

Mumbai: Almost three decades ago, Pakistan were far from the favourites at the 1992 ICC Cricket World Cup. When things were almost done and dusted, the Pakistan team, then led by now Prime Minister Imran Khan went on to create history by turning tables and going on to win the tournament despite a terrible start to the tournament.

While neither experts, fans or the players will rely much on history when it comes to their ongoing performance at the current world cup, the similarity between the results of 2019’s Pakistan fixtures and those from 1992 are nothing short of shocking.

The team’s 1992 campaign opened with a loss to West Indies, followed by a win, followed by a washout. The team then lost twice, but won their sixth game. That’s exactly like Pakistan’s campaign so far at the 2019 ICC Cricket World Cup.

Pakistan even started their comeback by beating South Africa by excatly 48 runs in both tournaments. While the Man of the Match in that game was A Sohail in 1992, it was H. Sohail in 2019.

@sadafnawaid so far 2019 World Cup for Pakistan. Is going the way it went in 1992. Few more similarities pic.twitter.com/9ZtOMVN6C4

What’s more? The 2019 World Cup uses the Round-Robin format, where every team squares off against every other team, which was last used in none other than the 1992 World Cup, 27 years ago.

If Pakistan goes on to repeat their historic feat, could we perhaps see Sarfaraz become the Prime Minister?

Pakistan face an unbeaten New Zealand side next on June 26.