Roy displayed an astounding performance in the tournament when he smashed 153 runs during his team's match against Bangladesh. 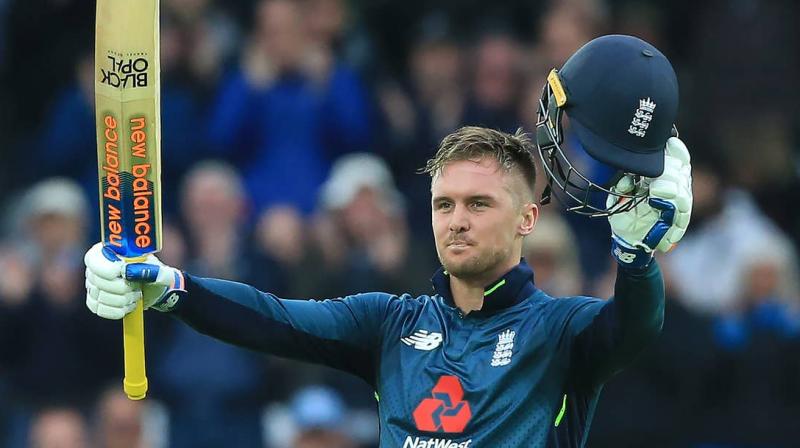 Hogg feels that England is struggling to chase targets and the loss against Sri Lanka will affect them psychologically. (Photo: AFP)

New Delhi: Ahead of England's clash against Australia, former Australia spinner Brad Hogg said that the hosts are going to face a major setback due to the absence of their destructive batsman Jason Roy in the match.

"I think the biggest loss here is Jason Roy. He is explosive, got a high run rate, gets big scores on the board and he gets England off to a good start 75 per cent of the time and they are missing that and the middle order is struggling because of that," Hogg said in a video he shared on his Twitter.

Roy displayed an astounding performance in the tournament when he smashed 153 runs during his team's match against Bangladesh. However, on June 14, Roy suffered a hamstring tear during the match against the West Indies.

England, who atop the ICC ODI team rankings, faced a 20-run defeat at the hands of Sri Lanka on June 21 after they failed to chase down a modest total of 232 runs. Hogg feels that England is struggling to chase targets and the loss against Sri Lanka will affect them psychologically.

"The momentum is starting to change in the negative terms. They have just been beaten by Sri Lanka that is a huge loss on a psychological front. When they chase, they are struggling to take down the totals that is a huge concern for England, especially going into this match," he said.