ICC CWC'19: England limits Australia to 285 after fightback at Lord's

Finch and Warner shared 123 in their third-century stand of the tournament, making England's gamble to bowl first apparently backfire. 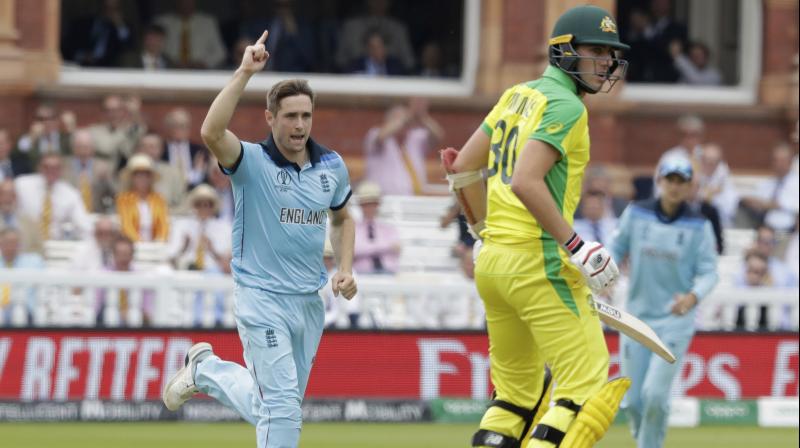 Finch and Warner, who made 53, shared 123 in their third-century stand of the tournament, making England's gamble to bowl first apparently backfire. (Photo: AP)

Australia wasted a great start by captain Aaron Finch and David Warner against England to be limited to 285-7 at Lord's.

Australia was 185-3 in the 36th over after Finch was out for 100, his second century of the tournament. A big 300-plus score was on the cards but the batsmen conspired to get themselves out.

Finch and Warner, who made 53, shared 123 in their third-century stand of the tournament, making England's gamble to bowl first apparently backfire.

But England rallied from the Finch wicket on. The only other major contributors were Steve Smith and Alex Carey, who both made 38.

The wickets were shared by five bowlers, with paceman Chris Woakes returning the best figures of 2-46.

Australia has successfully bowled second on all four previous occasions in the tournament, including its last three matches when it defended 307 against Pakistan, 334 against Sri Lanka, and 381 against Bangladesh last Thursday. The Australians also defended 288 against West Indies before losing to India batting second.

England has lost two of its three chases, including a target of 233 against Sri Lanka last Friday.