Sharma's feat was against New Zealand (Nagpur, 1987), whereas Shami achieved it against relatively a new team-Afghanistan. 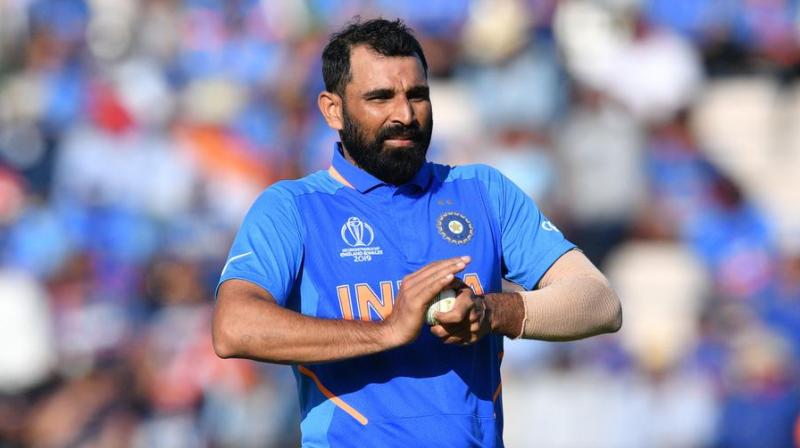 "I welcome Shami in this elite list and we two Indians are proud of it," said Sharma. (Photo: AFP)

Sharma's feat was against New Zealand (Nagpur, 1987) whereas Shami achieved it against relatively a new team-Afghanistan.

However, this does not take away the glory and pride from grabbing three wickets in three balls, believes, Chetan Sharma.

Speaking exclusively over telephone from Delhi, he said, "When ten teams qualify for the World Cup, you can't single out any team as a strong or weak team. Yes, Afghanistan is a new team, but hat-trick is, after all, a hat-trick. Be it against any team and whoever the batsmen are...whether they are tail-end batsmen or the top orders"

"In the World Cup, which is being played in a most competitive manner, it is not easy to take three wickets in three balls. Even on empty wickets (when no batsman is playing), you can't easily uproot stumps three times successively".

It may be noted here that Sri Lanka's Lasith Malinga is the only bowler to claim four wickets in four balls, when he took Sri Lanka to the brink of victory against South Africa, in the 2007 World Cup.

"Yes, it is more creditable to have all victims bowled. I am also remembered as the first hat-trick achiever in the World Cup and even after 32 years people recall my hat-trick is appreciable".

"I welcome Shami in this elite list and we two Indians are proud of it", he signed off.