The lack of ball movement is comparable to the 2011 World Cup, which produced an average of 0.637 degrees. 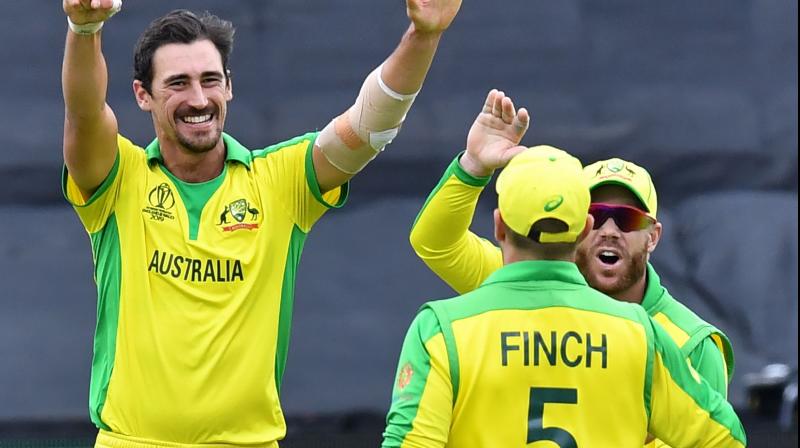 Captain Aaron Finch and David Warner have combined for 447 runs in six innings, building on Australia’s average of 53.81 for the first wicket in one-dayers since 2015, the highest in the world. (Photo:AFP)

London: The new white ball has not swung as much as expected in English conditions but contributions with the bat in the early overs remain the key to winning performances at the Cricket World Cup.

With early morning starts in overcast conditions and slip fielders waiting to pounce on every outside edge off the bat, many anticipated the tournament to be a seam bowlers’ paradise.

But two thirds of the way through the World Cup league stage the average swing generated by bowlers sits at 0.649 degrees, compared with 0.993 in Australia and New Zealand in 2015, according to International Cricket Council statistics.

The figures show the difference between the actual delivery and the trajectory of the ball if it does not undergo any swing.

The lack of ball movement is comparable to the 2011 World Cup, which produced an average of 0.637 degrees, held in the sub-continent where the tracks tend to be either dry or slow.

The opening partnerships at this World Cup have been more prolific than at almost any time in the tournament’s history.

First-wicket stands have negotiated the new ball with confidence and have averaged 44.36, with only 2011, when they averaged 45.20, seeing openers make more runs.

Australia and India have been the shining examples of building on aggressive starts at the top of the order.

Captain Aaron Finch and David Warner have combined for 447 runs in six innings, building on Australia’s average of 53.81 for the first wicket in one-dayers since 2015, the highest in the world.

India have lost Shikhar Dhawan to injury but his replacement Lokesh Rahul alongside in-form Rohit Sharma have shown they can continue to build their innings from the top - having recorded 18 100-run stands for the first wicket since 2015.

West Indies, who have one win in six matches, have failed to find solutions with the bat at the top of the order and remain the only team not to muster a first-wicket half-century stand.