Shakib said that they managed to implement their plans properly as they wanted to post more than 240 runs on the board. 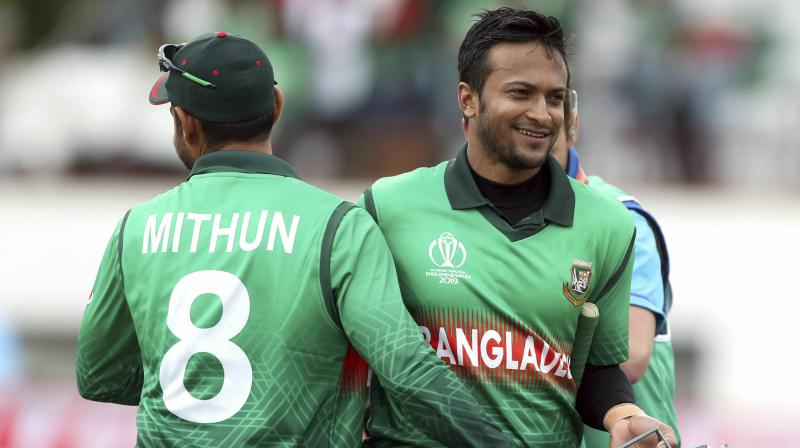 Dubai: After securing a massive 62-run victory against Afghanistan, Bangladesh all-rounder Shakib Al Ahsan stated that they are 'capable enough' to beat India, their upcoming opponents in the ongoing World Cup.

"We have a very important game coming up against India, they are the top side and they are someone who is looking at the title. It is not going to be easy but we will give our best shot. We have to play our best cricket to beat India, they have got world-class players who can take the matches on their own hands. We have to at our best and I believe we are capable enough team," Shakib Al Hasan said in a video posted by ICC.

Shakib displayed a scintillating performance during Bangladesh's victory over Afghanistan on Monday as he scored 51 runs with the bat and took five wickets during his 10 overs spell.

Shakib said that they managed to implement their plans properly as they wanted to post more than 240 runs on the board.

"We thought we had enough runs on the board. It was not a wicket where a team can score 300 or 350. We knew that it is always going to be difficult because they got three quality spinners and we had to handle them well. I think we did that pretty well that is why we scored 262 runs. Our target was to play 50 overs and score 240 runs, it was our minimum target," he said.

The 32-year old also said that they wanted to put 'dangerous' Afghanistan under pressure by bowling as many dot ball as possible.