India has been switching the batting order far too frequently in recent years. Shankar was the 12th batsman in two years to bat fourth. 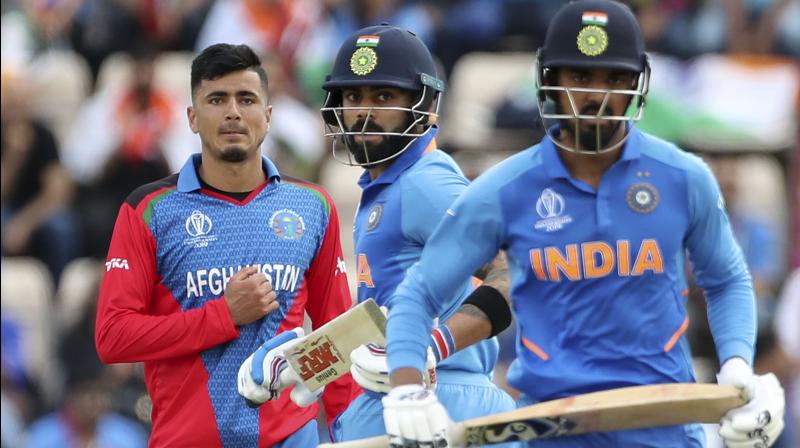 Virat Kohli rohit sharma (Photo: File)The trio has reduced to a duo with Dhawan being ruled out with a thumb fracture. (Photo: AP)

Mumbai: India sailed smoothly through this world cup until the Afghanistan game. Against South Africa, Australia and Pakistan, it was India’s openers Rohit Sharma, Lokesh Rahul and now out-ruled Shikhar Dhawan, followed by subsequent batsman Virat Kohli who did the most damage.

With consistent excellency, India’s bowlers perhaps have been the team’s greatest assets so far in the tournament, especially Jasprit Bumrah and Yuzvendra Chahal who do damage in every match. However the same cannot be said for the Men In Blue’s batting.

While the openers have been playing key roles, their untimely dismissal during the Afghanistan clash left the middle order batsmen exposed at times of low scores and great pressure. The result—sub-par performance and a total of just 224, which Gulbadin Naib and co had almost chased down.

India has been switching the batting order far too frequently in recent years. Vijay Shankar himself was the 12th batsman in just two years to take the fourth spot in the order. Infact, it was Shankar’s first time batting at number four in any form of cricket.

Batting is different at various orders. Batting needs balance as well as adaptability to the match’s pace. Openers go on the pitch with a different mentality, compared to the batsmen going in at number 3 and 4, and that holds true for the last few batsmen as well. Unlike the consistency of the openers, the middle order being changed too frequently too soon doesn’t let the players settle into the role.

The switching is likely the work of Kohli’s Middle-Order-Flexiibility theory. Kohli has time and time again asserted a need of “flexibility” in the middle-order.

However, the flexibility theory has a con, the most important con. Since the last two years, the team’s score has relied heavily on Rohit Sharma, Shikhar Dhawan and Virat Kohli, the first three batsmen. The trio alone scored 55 per cent of India’s total runs. When they didn’t score well, the team struggled to win.

Now in England, the trio has been reduced to a duo with Dhawan being ruled out with a thumb fracture. With no immediate solution that will grant the team immediate results, the Men In Blue must put their faith in captain Kohli’s hunt for the perfect permutation and combinations.

India face West Indies next on June 27, followed by the England clash on June 30.