Warner was out in the 23rd over, taken aback by Moeen Ali and mistimed to backward point. 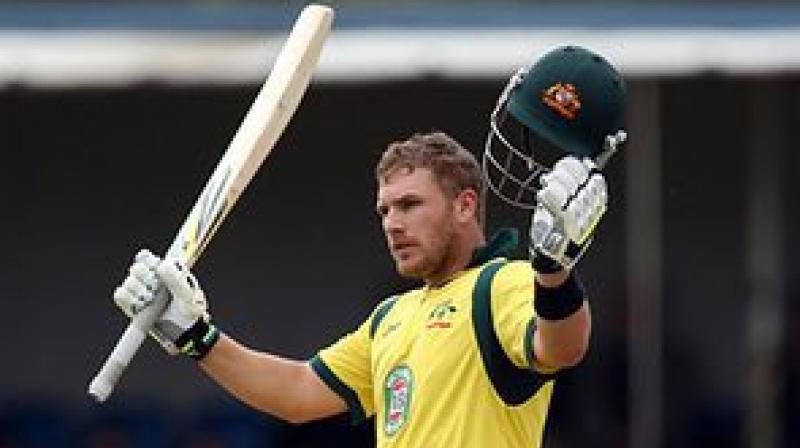 London: Captain Aaron Finch and David Warner shared another fantastic start in leading Australia to 138-1 after 25 overs against England at Lord's.

Warner was out in the 23rd, taken aback by Moeen Ali and mistimed to backward point, where Joe Root juggled the catch. Warner made 53 off 61 balls.

Finch lost the toss and was made to bat first but he wasn't overly fussed. He and Warner have been the best opening partnership in the tournament, by far, and built their third century stand in seven matches.

England captain Eoin Morgan hoped his bowlers could cash in on muggy conditions after heavy overnight rain, and cloud overhead, but they could only get a tough chance glancing off James Vince's fingertips offered by Finch in the sixth over. Finch also survived a good lbw review in the seventh.