‘He’s not man enough to step into ring with Brock Lesnar’: Paul Heyman on Pandya

Heyman recently grabbed the headlines, after he attacked bollywood actor Ranveer Singh for using the catchphrase similar for Brock Lesnar. 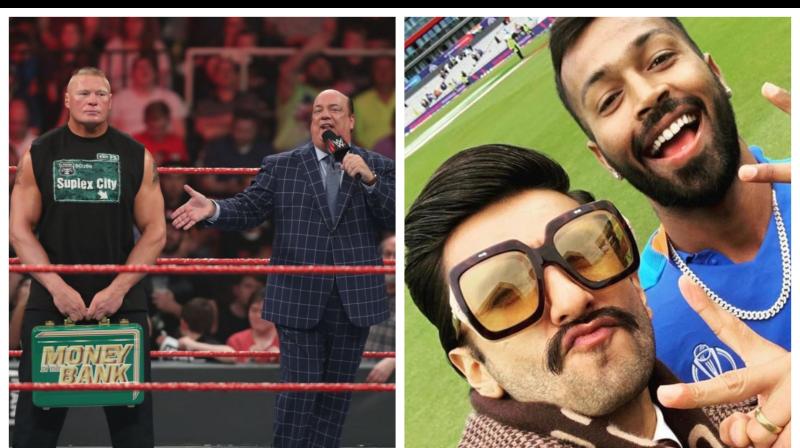 Mumbai: Besides former Ultimate Fighting Championship (UFC) player Brock Lesnar, Paul Heyman is another big name in the universe of World Wrestling Entertainment (WWE). Paul Heyman is more known for his choice of words. Lesnar’s advocate, Heyman recently grabbed the headlines, after he attacked bollywood actor Ranveer Singh for using the catchphrase similar to what he uses for the former WWE universal champ Brock Lesnar.

Heyman not only vented out his anger on the Padmavaati actor, but also on the Indian all-rounder Hardik Pandya for taking picture with Ranveer who tweeted “Eat Sleep Dominate Repeat.” For Heyman, Pandya is "not man enough to step into the ring with Brock Lesnar."

Heyman in an interview with IANS stated, "Let's be real about this. Cricket is a very popular sport but it's barely a man's sport, it is an activity." "Brock Lesnar is the former National Collegiate Athletic Association (NCAA) champion and the baddest dude on the planet. So I don't see Hardik Pandya being man enough to step into the ring with him."

Heyman while serving his “legal notice” to Ranveer stated that he would rather make his strategy confidential. "Singh is obviously someone who walks around dreaming of being Paul Heyman while Hardik Pandya wants to be Brock Lesnar. Otherwise, why would he authorize that tweet to be released? It's not like he didn't pose for the picture," Heyman said.

"So, it's clear that Hardik Pandya wants to be Brock Lesnar because Brock Lesnar is far more famous and successful on a global basis and Singh exposed himself as a Paul Heyman wannabe in one tweet (sic.)"

I didn't warn. I served noticed. And while I applaud @TheStatesmanLtd for their coverage of #YourHumbleAdvocate and @BrockLesnar, I must stress that I am not a manager (what an outdated, antiquated term). I am an #Advocate. And I'm the best #Advocate in history. https://t.co/KNQ4fMmUgQ