Sports   Cricket  25 Apr 2020  Saliva is must and vaseline is no replacement: Nehra, Harbhajan
Sports, Cricket

Saliva is must and vaseline is no replacement: Nehra, Harbhajan 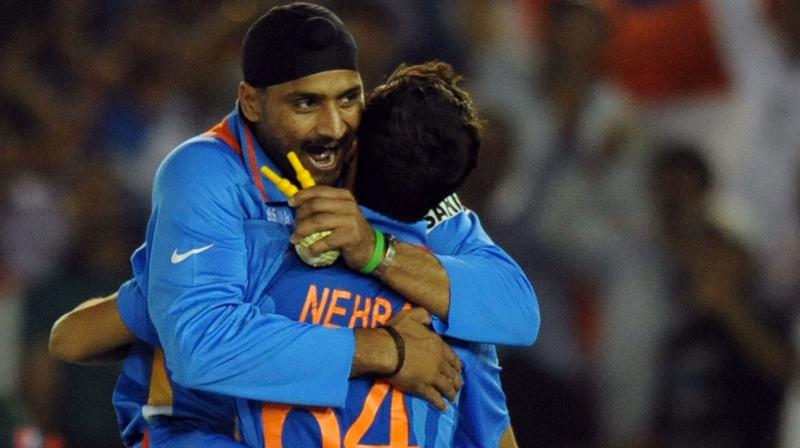 Former India pacer Ashish Nehra and spinner Harbhajan Singh were quite upfront that saliva's use in shining the ball is a "must". Ex-opener Aakash Chopra, while being open to the idea of ball-tampering, wants to know where one can draw the line.

While discussions are at a nascent stage, questions are already being asked about what external substances could be used if ball tampering becomes legal?

Is it going to be bottle cap in pocket to scuff up one side of the ball, vaseline to shine (made famous by John Lever), sandpaper or chain zipper?

"Get one thing clear at the very outset. The ball will not swing if you don't apply sweat or saliva on the ball. That's a basic necessity of swing bowling. The moment ball gets scuffed up from one side, sweat and saliva must be applied on the other side," Nehra, who completely shot down the idea of using external substances, told PTI.

He went on to explain why vaseline alone can't help a pacer.

"Now let's understand why you need saliva? Sweat is heavier than saliva but both are heavy enough to make one side of the ball heavier for reverse swing. Vaseline comes into the picture only after sweat and saliva, not before that.

"It is lighter and doesn't even ensure conventional swing. It can keep the shine but doesn't make the ball heavy," the World Cup-winning former pacer said.

Nehra then gave the example of Englishman Lever who created a furore during his team's 1976 tour of India by applying vaseline during a Test match.

"I can bet Lever used sweat and saliva and then applied vaseline. Vaseline only helps the ball to skid and nothing more. You apply vaseline only, the ball will just go straight. You can check that with any fast bowler," he said.

Harbhajan agreed that saliva, especially one laced with chewed mint which has sugar in it, makes it heavier. But when it comes to using external substance, he wants to know what can be the options.

"It's not that Murray mint can be used without putting it in your mouth. The coat of sugar on the saliva makes it heavier after one side gets scuffed. A scuffed up ball is also good for spinners as it ensures a better grip than a shiny new ball. But my question is, if you allow, what's the limit?

"Suppose you legalise ball tampering and let people use bottle cap. Now the ball starts reversing from the fifth over. Is it fair? Or may be umpires come into play and they tell you now is the time when you can use external substance.

"I mean, in any case, taking saliva out of equation means taking swing out which may not be good idea," said the owner of 700-plus international wickets.

Former opener Chopra said that unless the ICC comes up with something concrete as to what the external elements are that can be used "it's all conjecture".

"I always felt that allowing mint shouldn't be a problem. But now they have gone to the extent that they don't want to allow mint. But now if you change rule, ok let's allow them to use finger nails, vaseline, now where does it stop. Only god knows," said Chopra, who is also a respected analyst.

"Spinners won't mind as they do get a bit of drift if the ball is kept shiny from one side. So they won't actually mind as long as you are not landing the shiny surface of the ball," Chopra said.