The famed trio of Kuldeep Yadav, Sunil Narine and Piyus Chawla have accounted for just 16 wickets from 10 matches, summing up their misery. 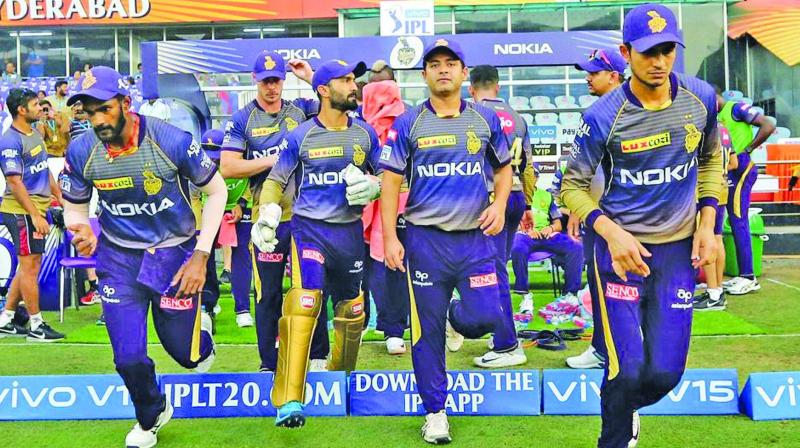 Kolkata: His job safe for now, skipper Dinesh Karthik will be praying for a turnaround in the fortunes of a struggling Kolkata Knight Riders, as they meet Rajasthan Royals in the IPL here on Thursday.

KKR have suffered five defeats on the trot, exposing their over-reliance on Andre Russell, and Karthik has copped criticism for not promoting the big-hitting West Indian up the order.

Chosen ahead of the young Rishabh Pant in the World Cup squad in a debatable decision, the Tamil Nadu veteran, who was KKR’s leading run-getter last season, is struggling for runs with an average of 16.71 from nine outings. Facing a must-win situation ahead of the remaining four matches, head coach Jacques Kallis has backed the under-fire skipper to script a 2014-like turnaround when they won their second title with nine wins in a row.

The frustration in the team management was palpable when Karthik, along with other under-performing India players, including Kuldeep Yadav, were given a couple of days break following their nine-wicket rout of Sunrisers Hyderabad in their last match. “I think the guys are frustrated, and we felt they needed a break. DK went home for a day as well. It’s about getting the guys refreshed and just trying to be mentally up for the game again,” Kallis has said.

The biggest letdown for the team has been its bowling unit, especially the spinners who have lacked sting at the Eden Gardens, something that was its main strength during the title-winning campaigns in 2012 and 2014.

The famed trio of Kuldeep Yadav, Sunil Narine and Piyus Chawla have accounted for just 16 wickets from 10 matches, summing up their misery. That Kuldeep has got four wickets and was left out in Hyderabad was more worrying as they seek to revive their fortunes against a team they had beaten convincingly in the first leg.

The seam attack too has been ordinary and they may be forced to rejig their bowling attack once again. Clinging to one spot below KKR at seventh in the eight-team standings, Rajasthan Royals’ fate too hangs by the thread.

They showed urgency with Steve Smith replacing Ajinkya Rahane as the captain ahead of their clash against Mumbai Indians. The move has clicked and RR were able to bring their campaign back on track beating Mumbai.