'I am very fortunate to work with Sourav Ganguly and Ricky Ponting': Shikhar Dhawan

Dhawan also heaped praises on his Delhi Capitals teammate Prithvi Shaw, saying he is the next big thing in Indian cricket. 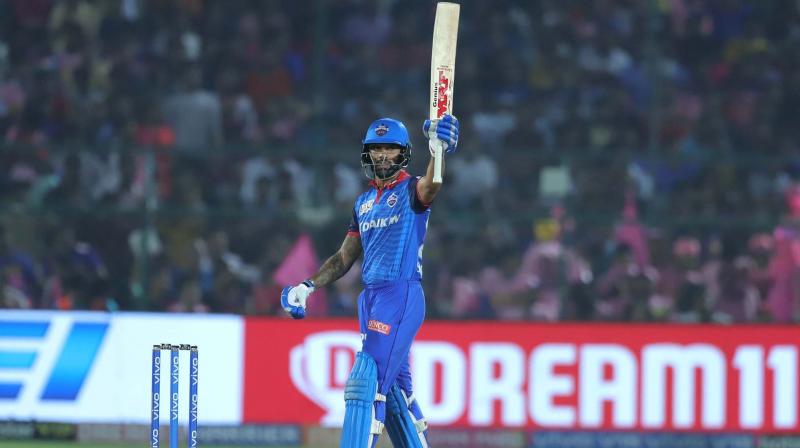 Dhawan is currently playing in IPL for Delhi Capitals, coached by former Australia skipper Ponting while former India captain Ganguly is associated with the franchise as advisor. (Photo: BCCI)

Mumbai: India opener Shikhar Dhawan has said he is learning a lot from legends like Ricky Ponting and Sourav Ganguly and would appropriately use that knowledge during the 50-over World Cup, starting May 30 in UK.

Dhawan is currently playing in IPL for Delhi Capitals, coached by former Australia skipper Ponting while former India captain Ganguly is associated with the franchise as advisor.

"Ricky Ponting and Sourav Ganguly...I am very fortunate that I am working with them now. They both have been great leaders. It is very good to be close to them because I can get their insight, know what was their mindset, what was their approach when they used to play or captain their side," explained Dhawan, who has scored 5,355 runs in 128 ODIs.

"I am already learning so many things from them (and) it is helping me. I am grateful (for) that. I am sure those things are helping me in the IPL and I am going to take it to the World Cup," he added.

Dhawan, meanwhile, also heaped praises on his Delhi Capitals teammate Prithvi Shaw, saying he is the next big thing in Indian cricket.

"So Prithvi, I would say it is a very big achievement to play for India at the age of 19, especially India is a dominating country for batsmen (and there are) lots of batsmen, so someone coming in at 19 is a big achievement and he has done very well for Indian team."

"He is a very talented boy and I am sure he is going to do wonders for our country," the dashing left-handed batsman said after being roped in as the brand ambassador of lubricants firm GS Caltex India at a function here on Wednesday night.

Shaw had shone on his Test debut against the West Indies at Rajkot last year.