Rohit Sharma is a very good personality to be around. He's very motivating, caring towards his teammates: Shreyas 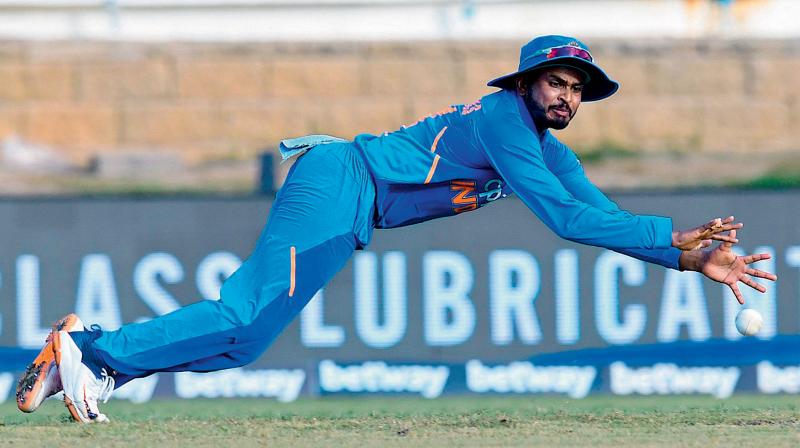 Shreyas Iyer in the field during the second ODI against West Indies. DC File Photo

Mumbai: Test cricket is ultimate test of batsmanship and Shreyas Iyer is now "eargerly waiting" to turn up for Indian in whites having cemented his place in limited overs format.

The stylish right-hander has already made a mark as a No 4 in white ball formats and there is a lot of buzz that once India again play Tests at the end of the year, he might replace a big name in that Indian middle order.

Asked about his Test ambitions during an interactive session on twitter, Shreyas said:"It is the ultimate test. It's every cricketer's dream to play Test cricket. I'm eagerly waiting for my opportunity to represent my country in whites also."

Shreyas, who is also the skipper of Delhi Capitals in the Indian Premier League, and has worked with Ricky Pointing, also said that the freedom which the former Aussie skipper gives to a player is unbelievable.

"He is an outstanding coach to work under and the amount of freedom he gives you is mesmerizing," added the stylish Mumbaikar when asked about Ponting's coaching style.

Shreyas also had words of gratitude for his India teammate and senior pro Rohit Sharma. "(Rohit) is a very good personality to be around. He's very motivating, caring towards his teammates," said Shreyas about Sharma.

He was also asked one word for his skipper Virat Kohli and he replied, "Relentless".