In the IPL-11 he was made skipper midway after Gautam Gambhir stepped down as Delhi Daredevils captain due to string of losses. 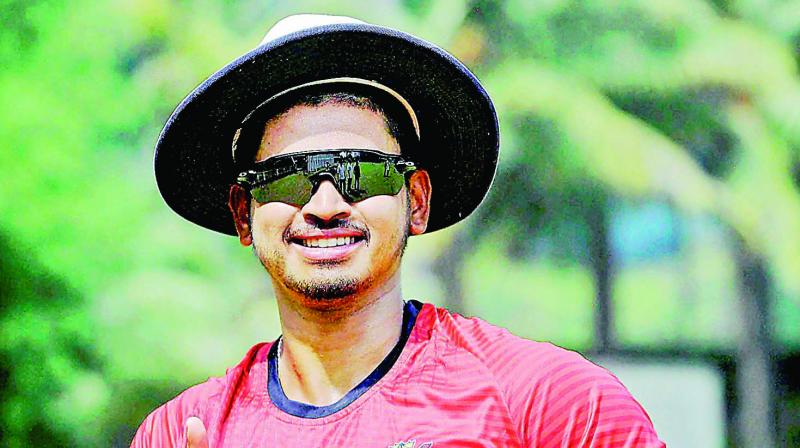 “The focus is on playing match by match, scoring runs and winning every match is my first priority. — Shreyas Iyer.

Shreyas Iyer made a debut for India in November 2017 during the home T20I series against New Zealand. He went on to make an ODI debut in the next series against Sri Lanka. But he hasn’t featured for India since South Africa series in February 2018.

In the IPL-11 he was made skipper midway after Gautam Gambhir stepped down as Delhi Daredevils captain due to string of losses.

This year, Iyer is leading the franchise with new owners and name Delhi Capitals. The Mumbai T20 skipper knows that it will be hard for him to break into the Indian team again for the forthcoming ICC World Cup in England considering most of the slots have been fixed. But there are couple of slots still available and a dream IPL can change things for the Mumbai youngster but Iyer isn’t putting pressure on himself. He is focused to lead the side who is searching for maiden title in the Indian Premier League.

“For me, the focus obviously would be playing match by match and IPL is really important because I am leading the team, scoring runs and winning every match is my first priority. Thinking about the World Cup would obviously be the follow-up to the IPL,” he said on Saturday.

Iyer’s job will be made easy by former Australian skipper Ricky Ponting who has led his national team to two titles and former India skipper Sourav Ganguly. Ponting is the coach and Ganguly has joined Delhi recently as advisor. Both have rich experience as international cricketers and  have been one of the most successful skippers of their respective national teams.

“Him (Ganguly) and Ricky together in the team, giving advise to all the youngsters in the team and even the experienced players, it is really important,” Iyer said.

The 24-year-old isn’t the only promising youngster in Delhi Capitals who is regarded as the future of Indian cricket. Another Mumbai player Prithvi Shaw and Rishabh Pant form a destructive top order with Indian players. The inclusion of senior opening batsman Shikhar Dhawan will reduce the pressure a bit on these three youngsters.

Rohit Sharma became Mumbai Indians skipper in similar circumstances in 2013 when Ponting stepped down. Rohit has led MI already to three titles and Iyer has Ponting by his side to rise as a leader.

Ponting is impressed with Iyer’s  leadership skills and doesn’t regard him as a youngster anymore.

“I don’t actually look at these guys as being youngsters. As far as I’m concerned, because they’re as talented as they are, they pretty much become the leaders of our group. Shreyas has been around many IPLs —this is his fifth—so he’s not a youngster in this form of the game. They might be young in age, but they’re very experienced players in this format of the game. So, Prithvi is obviously young. But I honestly feel that we’ve got a really good balance of youth and experience,” Ponting said.

Iyer, who has been leading India A and other sides, led Mumbai in the Syed Mushtaq Ali Twenty20 tournament. He revealed that his preparations for IPL started.