PCB should worry about security in their country: BCCI's Mahim Verma

On Monday, Mani had said that India is a far greater security risk as compared to Pakistan. 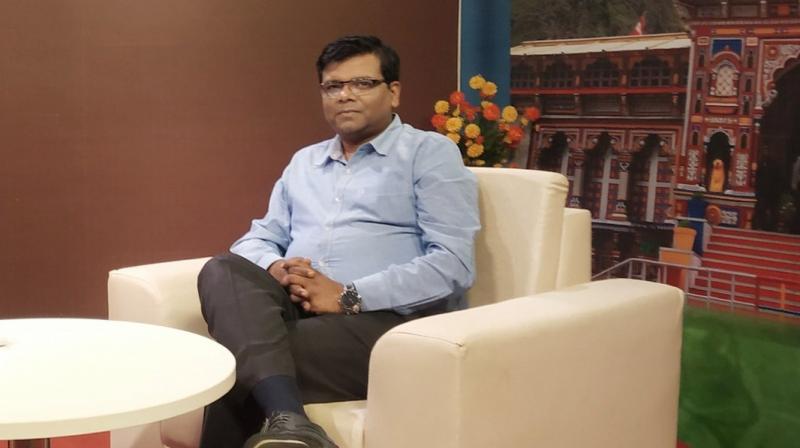 Board of Control for Cricket in India's (BCCI) vice-president Mahim Verma on Tuesday criticised Pakistan Cricket Board's chairman Ehsan Mani and said he should worry about security in his own country first. (Photo:Twitter)

New Delhi: Board of Control for Cricket in India's (BCCI) vice-president Mahim Verma on Tuesday criticised Pakistan Cricket Board's chairman Ehsan Mani and said he should worry about security in his own country first.

"They should look at security in their own country first and think about it first. We are capable enough to handle our country and security here," Verma told ANI.

On Monday, Mani had said that India is a far greater security risk as compared to Pakistan. His remarks had come after Pakistan's Test series win over Sri Lanka.

"We have proved that Pakistan is safe, if someone isn't coming then they should prove that it's unsafe. At this time, India is a far greater security risk than Pakistan," cricketpakistan.com.pk quoted Mani as saying.

"No one should now doubt security arrangements in Pakistan after successful Sri Lanka Test series. This is a turning point for the revival of Test cricket in Pakistan. Media and fans played an important role in portraying a positive image of Pakistan worldwide," he added.

Test cricket had returned to Pakistan after ten years and the side managed to spring a win in front of their home crowd after almost a decade.

When Sri Lanka went to play the T20Is and ODIs in Pakistan earlier this year, few of the big names such as Lasith Malinga, Niroshan Dickwella had opted out of the tour due to security reasons.

When Lanka and Pakistan played the limited-overs leg earlier this year, the visitors had lost the ODI series 0-2 but they went on to win the T20I series 3-0.

This result in the T20Is also led to Sarfaraz Ahmed's sacking as the Pakistan skipper in T20Is and Tests.