On December 19, Pat Cummins was bought by Kolkata Knight Riders (KKR) for a whopping INR 15.5 crore 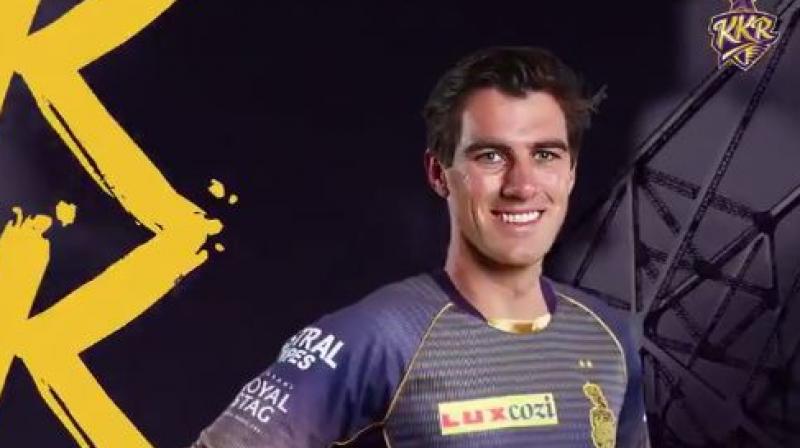 Pat Cummins revealed that his girlfriend said that the couple can now buy a couple of dog toys now. (Photo: Twitter/ KKR)

Melbourne: Australian pacer Pat Cummins on Tuesday revealed what his girlfriend Becky Boston said after he became the most expensive foreign player in the history of the Indian Premier League (IPL).

On December 19, Cummins was bought by Kolkata Knight Riders (KKR) for a whopping INR 15.5 crore and as a result, he became the costliest foreign player in the tournament, surpassing England's Ben Stokes.

Cummins revealed that his girlfriend said that the couple can now buy a couple of dog toys now.

"My girlfriend, the first thing she said was we can buy the dog a couple more toys now. So she's got her priorities sorted," Sydney Morning Herald quoted Cummins as saying.

Cummins also revealed that he was watching the IPL auction from home and he was not able to process whatever was going in Kolkata during the auction.

"Just sitting at home. Found a stream of it and yeah, watched it. And could not really believe what I was seeing. I'm lucky I've got a really good group of people around me and the boys, obviously, the team is great, but also family and friends," Cummins said.

"I still play cricket because I love it and love being around everyone and everything that comes with it. So yeah, just really fortunate and grateful for everything that's happened but hopefully, it doesn't change me," he added.

Australia's coach Justin Langer said that the attitude of the player won't change just because he has got such a hefty IPL contract to his name.

"He just loves playing cricket, he's an outstanding young bloke ... it's not going to affect him," he added.

Cummins is currently the number one ranked ICC Test bowler and he would be seen next in action against New Zealand in the Boxing Day Test match.

The Boxing Day Test will be played at the Melbourne Cricket Ground (MCG) from December 26-30.