On this day, Virat Kohli scored his first ODI ton

Kohli went on to play a knock of 107 runs against Sri Lanka at the Eden Gardens in 2009. 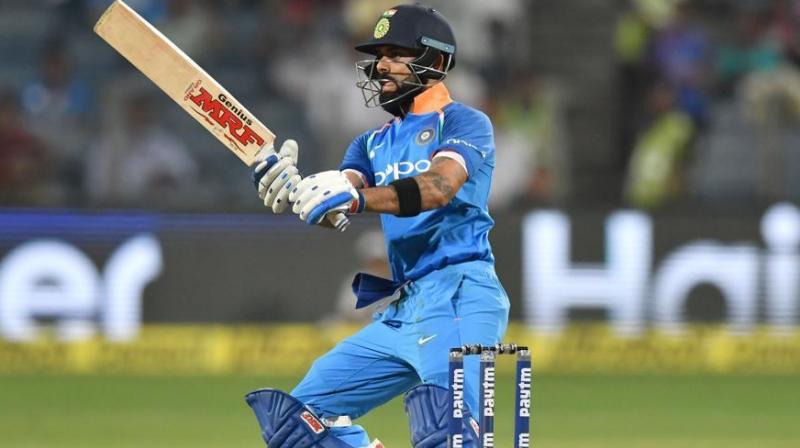 It was on December 24, 2009, when India skipper Virat Kohli registered his first century in the 50-over format of the game. (Photo:AFP)

New Delhi: It was on December 24, 2009, when India skipper Virat Kohli registered his first century in the 50-over format of the game.

Kohli went on to play a knock of 107 runs against Sri Lanka at the Eden Gardens in 2009.

In the match, Sri Lanka had scored 315 runs while batting first. Upul Tharanga top-scored for the visitors as he played a knock of 118 runs.

Chasing 316, India got off to the worst start possible as the side lost its openers Virender Sehwag and Sachin Tendulkar with just 23 runs on the board.

Then, Kohli and Gautam Gambhir joined each other in the middle and put up a 224-run stand to take India to a comfortable position in the match.

While Kohli was dismissed after playing a knock of 107, Gambhir went on to remain unbeaten on 150. This enabled India to script an easy seven-wicket victory over Sri Lanka.

He finished with 1,377 runs ODI runs this year, only behind team-mate Rohit Sharma.

In the longest format of the game, Kohli has 27 hundreds to his credit. This year, he became the most successful Test skipper of India, surpassing MS Dhoni.