Deepak Chahar will remain out of squad till April 2020, says MSK Prasad

Chahar aggravated his back injury, which he picked up during the second One Day International played in Vizag on Wednesday. 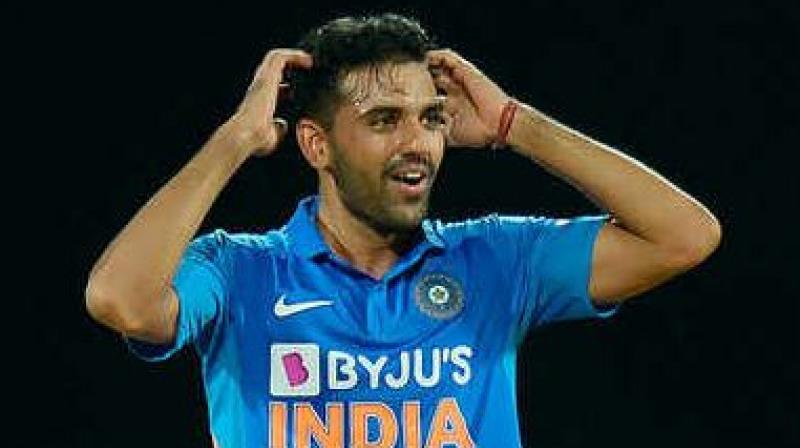 "I have my own doubts about Deepak Chahar till March-April," Prasad told reporters.

Chahar aggravated his back injury, which he picked up during the second One Day International played in Vizag on Wednesday.

According to Prasad, the Indian team has enough backups in all departments across all formats for seven years.

"We have enough back-ups ready across all formats across all disciplines so Indian cricket need not worry for 6-7 years," he said.

After coming back from doping violation suspension, Prithvi Shaw scored a half-century against Assam in the Syed Mushtaq Ali and later smashed his maiden first-class double-century against Baroda in the Ranji Trophy.

On Shaw's comeback in the Indian squad, the chief selector said the right-handed batsman needs to play more matches since he is coming from a long break.

"He has just come back after a long layoff and we wanted him to play a few more matches. We will see where he stands. There is India A series coming off with five ODIs and two Test matches. There is a lot of cricket," he said.