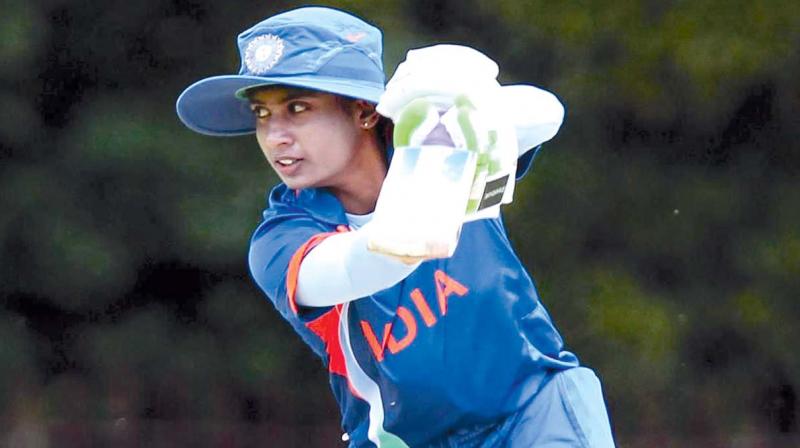 Hyderabad: The think tank of the Indian women’s cricket team — coach Ramesh Powar and captain Harmanpreet Kaur — raised many an agitated eyebrow on Friday when they dropped in-form Mithali Raj from the playing XI for the World Cup Twenty20 semifinal against England in Antigua, West Indies. The big-headed move backfired as the side came a cropper.

The decision to drop Mithali — highest run-getter (2,283) for India in Twenty20 Internationals ahead of Rohit Sharma (2,214) and Virat Kohli (2,106) — may not be purely based on cricketing merit. Not when she had been adjudged Player of the Match in the last two games she played at the tournament’s league stage before sitting out of the last round-robin fixture against Australia owing to a knock she took on her knee while fielding during the previous outing with Ireland.

Sources close to the team say Mithali had been getting a raw deal since the start of the tournament. In the first league match (against New Zealand), the opener was slotted at No.8! “Powar told the 35-year-old that he banked on her and the other opener (Smriti Mandhana) to do the bulk of the scoring as Harmanpreet was not in the best of form, and played her as a backup, behind Harman in the batting order,” the source informed. However, Harman smashed a century and Jemimah Rodrigues got 59 as India recovered from 40 for 3 to make 194 for 5. Mithali sat padded up in the dugout and did not get to bat.

In the next match against Pakistan, the 35-year-old was back in her original role as opener (after much persuasion), and justified it with a game-winning 56 that got her the Player of the Match award.

Mithali followed that up with another half-century — 51 against Ireland — in the next match which India won by 52 runs. She was Player of the Match again.

The injured Hyderabadi sat out the next game against Australia but was fit again for the semifinal and raring to go when they dropped the bomb. “Mithali was geared up for England on Friday but was told she was not playing, after the warm-up session for the match,” the source disclosed.

“Personal differences seem to be affecting the team’s cause. This is disappointing, no way to treat the senior most and performing member of the side who may be right in thinking she is being driven to retire,” the source observed.