The event, beginning November 14, has the approval of the International Cricket Council (ICC). 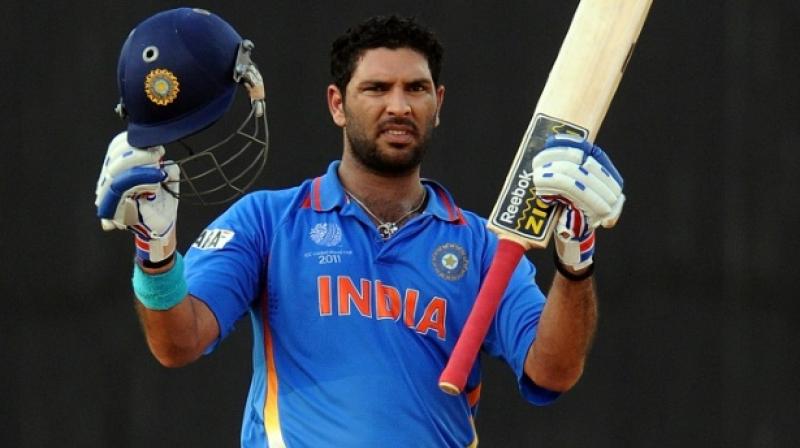 Yuvraj played starring roles for India in their title winning squads at the 2007 T20 World Cup and the 2011 World Cup. (Photo: AFP)

Dubai: Former India batsman Yuvraj Singh was on Thursday named Maratha Arabians' icon player for the upcoming Abu Dhabi T10 tournament, which will be his second appearance in a franchise-based competition since taking international retirement in June.

The event, beginning November 14, has the approval of the International Cricket Council (ICC).

Yuvraj played starring roles for India in their title winning squads at the 2007 T20 World Cup and the 2011 World Cup.

One of the reasons Yuvraj retired was that he wanted to play in leagues around the world and have "some fun". At the moment, the BCCI doesn't allow an active cricketer to take part in a foreign league.

Following his retirement, the 37-year-old had captained Toronto Nationals in Global T20 Canada in July-August.

Yuvraj is the latest signing by Maratha Arabians after they recently named former Zimbabwe captain Andy Flower as their head coach. Flower was also the head coach of the England national team.

Speaking about his maiden T10 stint, Yuvraj said: "It is an exciting new format to be part of. I am looking forward to joining forces with some of the world's biggest names in this league and representing team Maratha Arabians."

Former West Indies captain Dwayne Bravo will continue to lead the franchise like in the previous edition. The franchise also named their other retentions for the season including Sri Lankan T20I captain Lasith Malinga, apart from the Afghanistan duo of Hazratullah Zazai and Najeebullah Zadran.

Australia's power-hitting batsman Chris Lynn was named the icon player of the franchise.