Rahul was dropped in the 17th and then again in the 18th over by RCB skipper Virat Kohli. 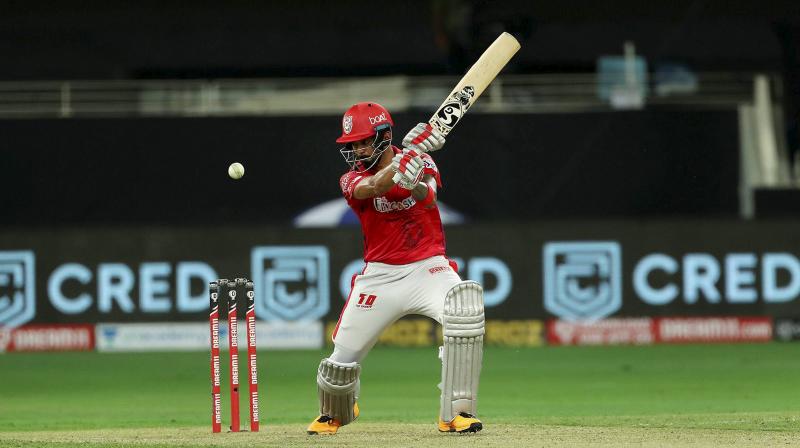 Dubai: Skipper KL Rahul smashed the first century of the 2020 Indian Premier League to propel Kings XI Punjab to a daunting 206 for 3 against Royal Challengers Bangalore here on Thursday.

Rahul, who was dropped in the 17th and then again in the 18th over by RCB skipper Virat Kohli, played the role of sheet anchor, scoring 132 off 69 balls that was laced with 14 boundaries and seven sixes.

With his spectacular knock, he surpassed Rishabh Pant to post the highest individual score by an Indian in IPL history.

The stylish batsman clipped away a full length delivery to fine leg for four to break Sachin Tendulkar’s record, who reached the milestone in 63 matches.

Opening the batting with Rahul, Mayank Agarwal (26) looked dangerous and shared a 57-run stand with his captain. However, with the introduction of spin into the attack in the seventh over, Yuzvendra Chahal (1/25) struck with the last ball, cleaning up Agarwal (26) with a delightful googly.

Nicholas Pooran (17) and Glenn Maxwell (5) once again failed to make an impact as Shivam Dube (2/33) accounted for the duo. Karun Nair pitched in with an eight-ball 15.

All players wore black armbands to honour Australian cricketer turned commentator Dean Jones, who died in Mumbai due to a cardiac arrest on Thursday.