Former India batsman Gautam Gambhir had criticised Dhoni for coming to bat at number 7, saying he was not leading from the front. 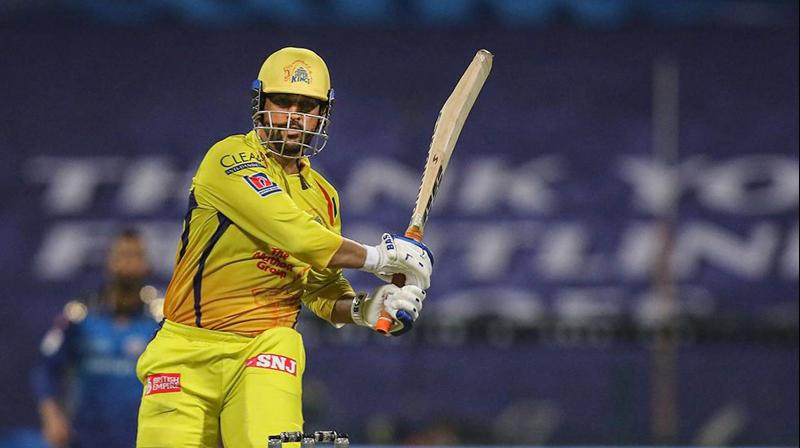 "MS is one of the players that hasn’t played much cricket in the last year-and-a-half. Everyone expects MS to come out and do what he has done in the past. It doesn’t just happen, it takes a bit of work,” CSK Coach Stephen Fleming said ahead of Friday’s IPL match against Delhi Capitals. (Photo | PTI)

Dubai: Chennai Super Kings head coach Stephen Fleming on Thursday defended under-fire skipper Mahendra Singh Dhoni, saying it takes “a bit of work” to find best form after a long break and he will “get better and better” as the IPL progresses.

With CSK chasing a massive 217-run against Rajasthan Royals, Dhoni came out to bat at number 7 when they needed 103 runs from 38 balls. The former India skipper stayed unbeaten on 29 off 17 balls as CSK lost the match by 16 runs.

“MS is one of the players that hasn’t played much cricket in the last year-and-a-half. Everyone expects MS to come out and do what he has done in the past. It doesn’t just happen, it takes a bit of work,” Fleming said ahead of Friday’s IPL match here against Delhi Capitals.

“... a part of his process of getting up to speed is his game time and that (match against RR) was really the first time that he’d batted in the middle apart from a couple of balls against Mumbai Indians.”

Former India batsman Gautam Gambhir had criticised Dhoni for coming to bat at number 7, saying he was not leading from the front.

Fleming said: “As the tournament goes on, he’ll just get better and better. To come in and expect him to get a 30-ball 70 would be a tough ask and we’ve other players also who are in good form and can do a job.

“So, it’s valuing what each player can do and also respecting Dhoni is one of a kind when he’s in form and has been playing.”

CSK paceman Lungi Ngidi was taken apart in the final over against RR with Jofra Archer smashing him for four sixes and Fleming said it would certainly affect his confidence.

“It will certainly hit Lungi’s confidence hard, and the key thing for us is just for him to get better and analyse what he didn’t quite get right and make sure that the next time he’s in that opportunity he is better than what he was the last time,” he said.

“It doesn’t matter whether he goes for 30 or five or 10. Trying to get better all the time is what’s important. We’ve one of the best death bowlers in the game in our squad and already Dwayne Bravo has been alongside him. We’ll use the experience in the team to make sure he is okay and looks forward to the next opportunity he gets.”

Ambati Rayudu, who played a blazing 71-run knock in the tournament opener against Mumbai Indians, missed the match against RR due to an injury.

“Rayudu is our in-form player and to lose him at that time (against RR) was disappointing. Hopefully it’s only a couple of games,” Fleming said.

“We’ve got a six-day break after this (Friday’s match against DC), and we are hoping that he’ll be back for the game on October 2 (against Sunrisers Hyderabad).”

On West Indies all-rounder Dwayne Bravo, who sat out the first two matches due to injury, Fleming said he could come into consideration for selection in the next game.

“Bravo is progressing very well, and if he has a couple of good days of training, he could come into selection consideration for the next game. That would be a good headache for us to have as we’re looking to introduce players and also get our best combination for the rest of the tournament,” he said.

“You don’t necessarily pick your final-winning side in the first two or three games, but as soon as you can settle and get some cohesion into the team you are better off for, and that’s what we are working towards now, giving new players opportunity and then settle.”

Asked if teams preferred to chase due to the dew, the former New Zealand skipper said: “Both games that we’ve played so far have been the first games of the tournament, in Abu Dhabi and Sharjah, and to get a feel of the conditions we thought bowling first was the best way to go.

“It does seem to be a trend, but bowling first is a bit of an advantage with the dew (setting in later),” he said.

Fleming said “one of the biggest challenges is to find the right combinations” as “we’ve got a number of players who haven’t played for 12 months.”

“We are working hard on a number of fronts, one is to get the right team for the conditions which we’ve been unsure about, and also to get the guys up to speed with their playing form,” he said.

“You can do as much practice and training as you like, but it doesn’t completely replicate what happens in the middle. So, it was always going to be an interesting start for us. I think we’ll take one from one with a lot of areas to improve.”