The inability of batsmen to cope with Kuldeep Yadav and Yuzvendra Chahal has been the major cause of their problems. 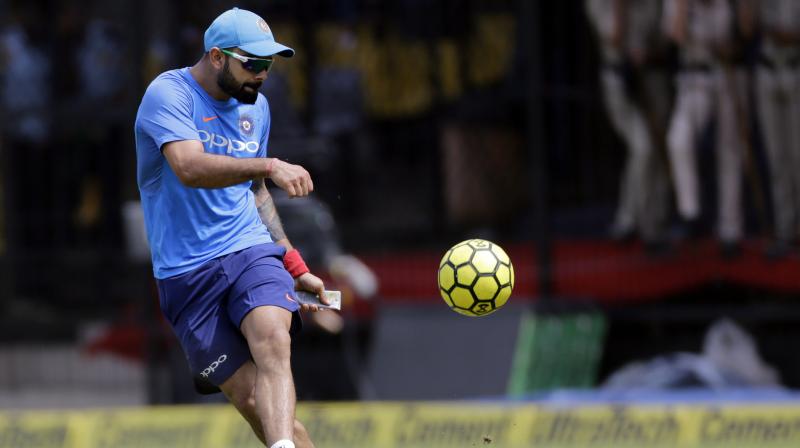 Seeing how the first couple of ODIs have panned out, Australia seem in for a drubbing. In both matches they’ve looked beleaguered, short of class and self-belief: Easy pickings for an India team high on testosterone, confidence and performance.

In the absence of regular bilateral cricket between India and Pakistan, the surround-sound accompanying Indo-Australia matches has gone up dramatically in the past couple of decades. Several controversies that erupted in this period have also given the contest a needle edge.

The rivalry has not always lived up to its billing, but the Test series last season was so hotly contested that a great contest was anticipated this time. The last time too the two sides were locked in an ODI series here, it provided riveting cricket with the home team prevailing narrowly.

Australia’s performances in this series yet have been disappointing. Somewhat surprising because though three stellar players in Mitchell Starc, Josh Hazlewood (both not on tour) and Aaron Finch (in the squad but injured) have been missed, the team still looked to have enough talent.

Moreover, most players in the unit have fairly rich experience of Indian conditions and Indian players through participating in the IPL or having come here on one or more tours in the past few years. But this seems to have been of little help.

Yes, there were phases when both matches hung tantalisingly in the balance. But India were able to swing both their way — the first through batting, the second through bowling — by showing greater gumption or skill or both to win by handsome margins.

That India have been the better side is patent. Kohli and Co have been on a roll, and against the Aussies just seem to have taken their performance a notch higher. One player (or two) has been able to transform a losing situation into a winning one.

What is surprising was how easily Australia surrendered the advantage in both matches. Their gameplan to counter the opponents seemed ill-forged, and lack of resolve has belied their reputation as never-say-die battlers.

The inability of batsmen to cope with Kuldeep Yadav and Yuzvendra Chahal has been the major cause of their problems. They’ve got themselves into a tangle against the young wrist-spinners and under this pressure, struggled against other bowlers too.

Playing spin has always been the bugbear for teams touring India, but Australia have generally done better than other teams from outside the sub-continent. A rich legacy (think O’Reilly, Grimmett, Benaud, Mallet, Gleeson, Warne, McGill) meant that they were not only adept at playing spin, but their own spinners could trouble batsmen in Asia.

This always ensured a see-saw battle whenever they toured India as records show. In the past decade, however, the Aussies have been overwhelmed surprisingly easily. Since 2008, they haven’t won a single Test series in India and also been at the receiving end in limited overs cricket too.

But it is not just in India that the Aussies have suffered. In the past few years, they’ve been beaten 4-0 by India in 2013, wiped out by Pakistan in the UAE shortly after, whitewashed in a Test series Sri Lanka a little over a year ago, and even lost a Test to Bangladesh a few weeks ago, though they did salvage some pride by squaring the series.

The current series offered opportunity for redemption. But while the rubber is still open and the uncertainties of cricket are only too well-known, to beat this red-hot Indian team seems unlikely unless the Aussies are able to turn the tide dramatically.

It may be that the wider focus of the Australians is on the Ashes series coming up soon. This is fair dinkum given the legacy and tradition it entails. But surely they are here to win the series, not on a goodwill mission.

From a competitive aspect, hopefully the remaining matches will be far more engaging than what we’ve seen so far.